By
May 11, 2022
Sign in to view read count
Once upon a time there was a luxury department store called Barneys New York. The store first opened in 1923, but Barneys came into its own in the early 1980s, when a sizable number of baby boomers graduated from college and entered the Manhattan workplace. To make an impression and retain their individuality, the entry-level employees sought out trendy suits and ties, and dresses, shoes, jewelry and other items at Barneys with an Italian and Japanese twist. Fashion-forward design soon carried over into leisurewear in the wake of the 1980s sneaker revolution.

What made Barneys special was how the store's merchandise was edited—fashion-speak for what store buyers selected for the store's racks. These buyers had spectacular taste and chose merchandise by new, elegant designers. Then greed, overexpansion, bad corporate decisions and the sudden shift by consumers to online shopping with free shipping caused Barneys to file for bankruptcy in late 2019 and shutter in February 2020 as the pandemic hit.

What does Barneys have to do with music? Nothing at all. I mention the glory that was Barneys because two, three-CD sets recently hit the market that were released by labels that shrewdly edited their packages by focusing on a series of perfect albums. These two sets are particularly ideal for readers new to jazz or these artists and want to understand what made them special.

The two sets are The Legendary Bill Evans Trio and The Warm World of João Gilberto: The Man Who Invented Bossa Nova. 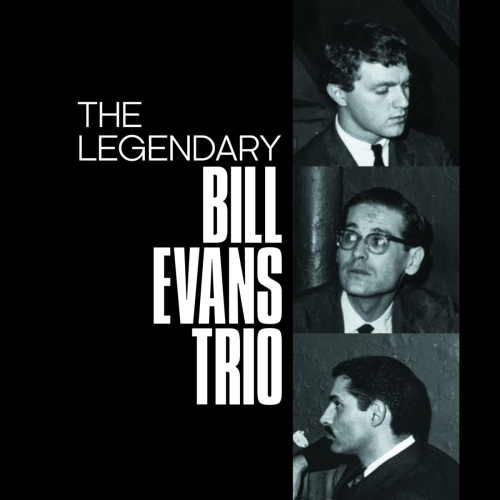 The Bill Evans set, released by the U.K.'s El Records, a subsidiary of Cherry Red, includes all the recordings by the first great Bill Evans Trio—Evans on piano, Scott LaFaro on bass and Paul Motian on drums. The complete albums included on the three-CD set are Portrait in Jazz (1959), selections from Tony Scott's Sung Heroes (1959), the Birdland Sessions (1960), Explorations (1961), Sunday at the Village Vanguard (1961) and Waltz for Debby (1961).

These albums are fundamental to understanding the brilliance of pianist Bill Evans and his vision for a conversational trio. In Bill's trio, his sidemen were expected to play strong roles in the musical discourse during improvised solos. This was a radical concept at the time, when headliner pianists hired bass players and drummers simply to keep time. This Evans trio is especially important because of the inclusion of bassist Scott LaFaro, who died in a car crash shortly after the last of these albums were recorded. The second set, from Fresh Sound, is The Warm World of João Gilberto: The Man Who Invented Bossa Nova. It features three sensational and highly influential bossa nova albums by João Gilberto. The set's title is a little misleading. Gilberto wasn't the inventor of the bossa nova. That title belongs to composers and singer-guitarists Carlos Lyra and Roberto Menescal. They began developing the warm instrumental and vocal style at Rio de Janeiro's hotel clubs in the late 1950s. But Gilberto was certainly the singer-guitarist who popularized the bossa nova with a voice and sensitive as soft as crushed velvet.

The three albums in this set are Chega de Saudade (1959), O Amor, o Sorriso e a Flor (1960) and João Gilberto (1961). Gilberto wasn't a prolific composer but he was the bossa nova's first and dominant interpreter. His touch on the guitar and whispered voice gave the bossa nova commercial sensuality. The first album was a monumental bestseller in Brazil, with Gilberto's interpretations of songs by Antônio Carlos Jobim and Vinícius de Moraes, Carlos Lyra and Ronaldo Bôscoli, Dorival Caymmi and others. The record primed the pump for the bossanova craze that hit the U.S. beginning with Stan Getz's Jazz Samba in 1962.

For years, all three Gilberto albums have been almost impossible to find on vinyl. Now they have been given a 24-bit restoration and they sound terrific. As is the case on the Evans set, there are no bad tracks here, and you can listen from start to finish without touching your digital player.

JazzWax clips: Here's the Bill Evans Trio playing How Deep Is the Ocean from Explorations (1961)...