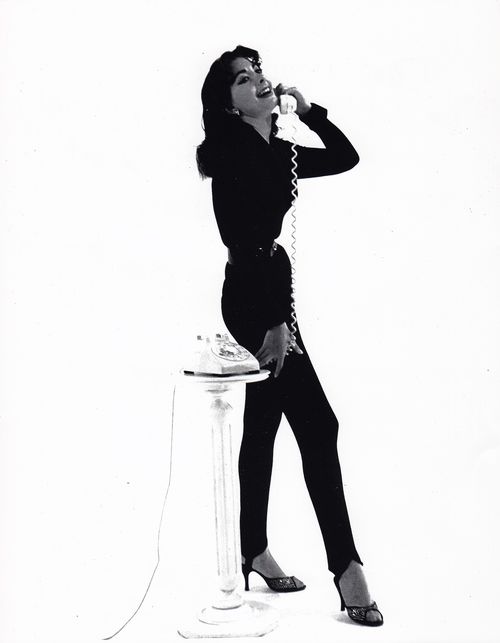 slideshow
Back in January 2014, I interviewed singer Carol Stevens (here and here), who recorded That Satin Doll for Atlantic in 1957. In 1959, she appeared in a TV pilot for a show called After Hours, featuring  Coleman Hawkins and Roy Eldridge among other top New York jazz musicians.

At one point during my interview, I asked Carol who else she performed with in New York:

“Many different pianists. I did several gigs with Bill Evans before he became really well known. He was with Don Elliott at the time. Bill was great. I did a few club dates with him outside of New York. One gig was in Princeton, N.J., and was reviewed in a magazine called Escapade. There was a picture of me and Bill."

Carol and I stay in touch, so I was delighted when I heard from her a couple of weeks ago with a partial PDF of the magazine article in question. A friend had sent her all he could find. I immediately went onto eBay, found the issue and ordered it so I could bring you the full article. First I did a little research:

Though the issue of Escapade is dated August 1958, the gig at Princeton University was a concert held on Saturday, Nov. 29 1957. As noted in Princeton's Town Topics, “Princeton Jaycees Jazz Concert by Don Elliott and His Modern Jazz Group with Carol Stevens as vocalist; McCarter Theatre. Two brand-new numbers. Walkin' and Blue in Boogie will be featured at the third annual Jaycee jazz concert."

This is interesting for Bill Evans fans. Back in 2007, I posted on Evans and Don Elliott's album, Tenderly: An Informal Session (go here). Now that we know there was a Princeton gig in November and probably others, the rehearsal was likely in the fall in advance of their fall tour in the New York area and Evans' appearance on Eddie Costa's Guys and Dolls recording session in January 1958.

At any rate, here are the pages to Escapade, what used to be called a “girlie" magazine (hence the writing style). Following the pages, you'll find Carol's After Hours clip. Hats off to Carol for hipping me (and us) to the issue! Just click to enlarge... JazzWax tracks: Here's Carol Stevens' That Satin Doll from 1957. And here's Bill Evans with Don Elliott on Tenderly: Informal Session in 1956 and '57.

JazzWax clip: Here's Carol Stevens in 1959 in After Hours...