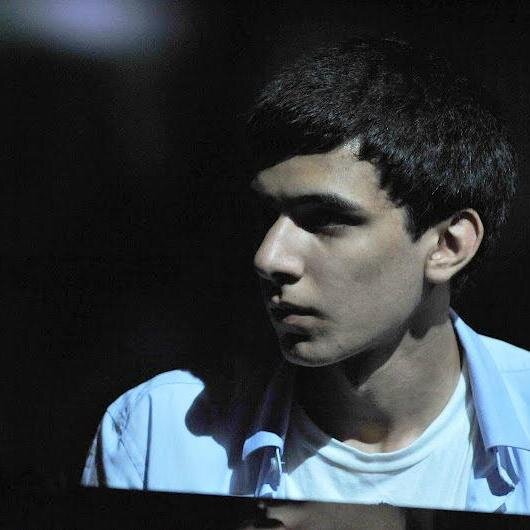 At a recent showcase in New York, long-time friends and collaborators Stanley Clarke and Lenny White introduced 16-year-old piano phenom Beka Gochiashvili to an unsuspecting crowd of jazz fans at the Blue Note. In simple terms, the kid completely blew me away. His time was flawless, his technique impeccable, his touch and intuitive sense remarkably developed. And as a soloist, he had a killer instinct that belied his gentle demeanor. Truly this was an old soul living in a very young body.

A few days after that memorable gig, a sort of 'coming out party' in New York for the boy from Georgia (the country located at the crossroads of Western Asia and Eastern Europe), producer and super talent scout White took his new discovery into the studio to document his rare, budding genius. And the results, heard on this stunning debut, have raised the bar a few notches from that first Blue Note gig I caught.

How is it that Beka can play with such clarity, rhythmic assuredness and improvisational authority at such a young age? Born in Tbilisi, Georgia on March 11, 1996, he was just three years old when he began dabbling on piano and by age four was already playing full-blown compositions. After honing his technique for three years with classical piano teacher Tengiz Chitaishvili, he began studies at age nine with Zurab Ramishvili, the most prominent jazz piano professor in Georgia. By age 10, Beka began playing at various jazz clubs in Tbilisi, the capital and largest city of Georgia. “That was really a big experience for me," he recalls.

It was at Latvia's Saulkrasti Jazz Festival in 2007 that Beka first met Lenny White. As the Return To Forever drummer recalls, “He came up during a soundcheck and sat in with me and Victor Bailey. And we were like, 'What?! Are you kidding?' He sounded like he really understood how to play jazz, but he was just a kid. Five years later, he's advanced 100 percent. I mean, he could play at age 11, but where he's at now at age 16 is pretty amazing. He's really something special."

A multi-directional musician in the best sense of the word, the young pianist's many sides are well represented here. His firm command of the hard bop idiom is showcased on Clarke's aggressively swinging “New York," which captures the energy of the Big Apple and features a brilliant solo turn by special guest trumpeter Wallace Roney. White's brisk trio number “Chicknstan" (named for his two Return To Forever partners) has Beka navigating the tricky stop-time head with aplomb while contributing a potent piano solo. White's other composition here, “L's Bop," is one that Beka remembers hearing as a little boy on 1982's all-star outing, Griffith Park Collection, which featured the great drummer with Corea, Clarke, Joe Henderson and Freddie Hubbard. John Patitucci's stellar bass solo, in this tune, shows maturity and dexterity that can only come from a master musician.

“Most young musicians that come on the scene are able to decipher the techniques and lexicon of all the great jazz players who came before them, and they feel some sense of legitimacy from that," says White. “Beka just turned 16, so he hasn't experienced enough of the jazz lexicon to know all the slick licks that all the guys played before him. So he processes the music his own way. He doesn't play clichés, he plays cognizant statements, one after another, that develop from the piece itself. He develops themes, linking one thought to the next, each defining the previous one. And that's a great sign of maturity."

Beka also shows remarkable maturity in his writing on this auspicious debut. His seven originals here include two odes to his pianistic heroes, Keith Jarrett ("For Keith") and Chick Corea ("Un Gran Abrazo"). “They are my musical fathers," he says. “The first time when I heard Keith, I was four years old and I went crazy. It was Standards II, his 1986 recording with Gary Peacock and Jack DeJohnette. This music became my lullaby. I listened to it every night. Then when I was six, I heard Chick Corea's New Trio album Fingerprints, which I loved so much. Later on, Chick's first email to me concluded with 'Bye Beka, Un Gran Abrazo,' which means 'A Big Hug.' And that's what I decided to call this tune for Chick."

Beka reveals a deeply romantic sensibility on the beautiful ballad “Song to Niniko" and on the lightly samba flavored “Passionately in Love," both written for his girlfriend Niniko back home in Georgia. “Coco," a buoyantly swinging trio number with guitarist Tom Guarna and bassist Ben Williams, evokes the retro feel of early '40s era Nat Cole Trio with guitarist Oscar Moore and bassist Wesley Prince. And for a real change of pace there's the turbulent “Exit to the West," which has Beka playing Fender Rhodes electric piano alongside scintillating contributions from guitarist Guarna and alto sax burner Jaleel Shaw.

Regarding the highly eclectic nature of his first stateside outing, Beka says, “I really love a lot of kinds of music. And though jazz is my life, I believe a musician shouldn't be closed and surrounded only by jazz music. The richness you get from other musics - pop, soul, funk, rock and classical, is really important. It all helps me to be really free and creative when I'm improvising something on a jazz gig. So it's all related."          What direction Beka may go in on future projects is anybody's guess. This is only the beginning of a career that holds unlimited promise for this Georgian piano prodigy.