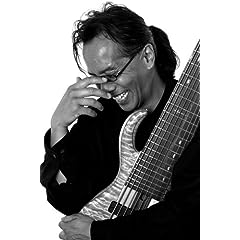 slideshow
“This is one of the most beautiful bass solo pieces I've ever heard. I can't believe I hadn't heard of Edo before. Where have I been?” - You Tube Fan after viewing “Rain” written and performed by Edo Castro.

June 5, 2009 - Passion Star Records' artist Edo Castro has been in studio recording his current project, Sacred Graffiti, at Skywalker Sound in Nicasio, California with Ray Cooper as producer. This will be his second release on the Passion Star Records label due out later this year.

Bay Area bassist sensation Edo Castro describes his new release as a “catch-all for my musical musings since Phoenix” - his landmark release in 2006 on Passion Star Records. “A musical Journal if you will,” Edo explains, “In my day-to-day travels I notice signs, scribbles on walls, imprints in the sidewalk, bumper stickers and more. These in a way have become the modern day cave paintings”

It’s as if these dynamic visuals have been given auditory life as Edo delivers intricate urban jazz arrangements followed by ambient and enchanting soundscapes. “Sacred Graffiti gives an impression that is at once modern and yet timeless in its varied compositions,” enthuses Passion Star Record’s founder, Lisa Star.

The multifaceted Edo artistry elevates the sounds from unique, multi-stringed basses, both fretted and fretless, into a palate from which intricate compositions flow. “Writing music has never been easy for me,” explains Edo, “but when it happens it is often very pure, unencumbered by doubt, question and is immediate. What opened the door for me was that I decided to let go of doubt and just allow myself to be open: Just play music with no intent but to be in the musical moment. From that point on, that became my mantra. When I first started 30 years ago I wanted to be a great bass player. Now that's not as interesting to me as becoming a great composer and finding a voice with my instrument.”

Edo is a self-taught bassist who moved to Chicago and attended The American Conservatory of Music in Chicago. He completed his studies and earned a BA in 1987 with a focus on Jazz Studies and electric Bass. He continued to hone his craft in Chicago through 1990. Returning to the Bay Area Edo has been part of the local music scene since – recording and playing live with many local artists including Jill Knight, Michael Manring, Caroline Aiken, Eva Jay Fortune, Percy Howard, Eric “Doc” Smith and Stu Hamm among many others. Edo endorses Conklin Basses, Bee Basses and AccuGroove Cabinets. Sacred Graffiti is preceded by EDO (2003) and Phoenix (2006).

Edo’s fan base stretches the globe where he continues to find praise and recognition for his unique musical talents and compositions.

“I offer this CD as my Sacred Graffiti.”- Edo Castro