The Jazz Thieves, through personal and evocative lyrics, passionate and soulful improvisation, and thoughtful, wide-ranging originals revitalize jazz by reconnecting it to its roots. --John Gray 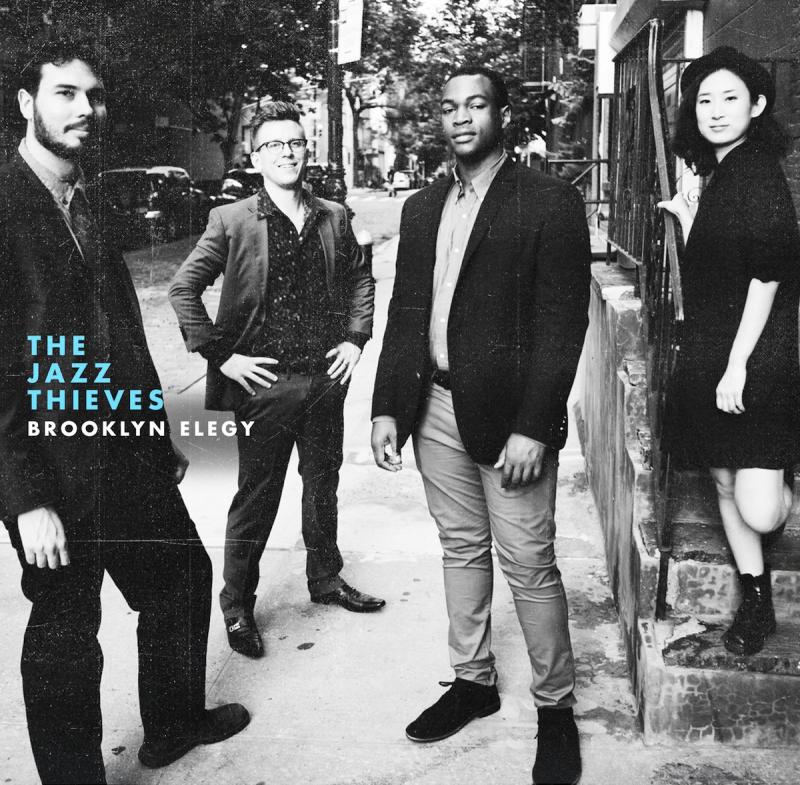 The Jazz Thieves, through personal and evocative lyrics, passionate and soulful improvisation, and thoughtful, wide-ranging originals revitalize jazz by reconnecting it to its roots. Inspired by their heroes Duke Ellington, Tom Waits, Bill Withers and Ray Charles, they “steal" the feel, fire and fervor of 70's soul, 50's R&B, church gospel, and Mississippi Delta blues, uniting it with jazz improvisation and imagination. Their music is a modern exploration of the many stories, voices and styles that comprise and influence jazz.

Scroll down to watch the “I'm Hopeful" video.

John Gray, the bassist, bandleader, composer, lyricist, and producer of The Jazz Thieves explores these styles in Brooklyn Elegy, using them to help tell his story. These stories originate from the 7 years after John graduated from Manhattan School of Music; they tell the tale of trying to make friends in a new part of town, grow as a person and musician, and eventually, finding love in Park Slope, Brooklyn.

“Brooklyn Elegy" evokes a coming of age; wading through the changing neighborhoods in a gentrifying Brooklyn, navigating infrequent employment, meeting colorful characters, and surviving ups and downs. The title track, “Brooklyn Elegy", is inspired by the the interactions between the 20-something musicians and one of the older ones in Brooklyn's independent rock n' roll scene. “I'm Hopeful" catalogues the heartbreak and loneliness of the cruel online dating world. “Lullaby for 26" reflects the need for patience and maturity, in spite of a young man's boredom and frustration. “You'll Turn Out Ok" paints a picture of an older friend, who seemingly has made every mistake in life one could make, comforting and advising his younger friend. “Cayuga" illustrates the excitement of a new relationship, inspired from a trip to Lake Cayuga in Ithaca, NY. “Aftermath of a Bar Fight" depicts a real incident that took place at Cleopatra's Needle, a jazz club on Manhattan's Upper West side; the song captures a sense of thankfulness after surviving the events. “Friday" counts down to the next meeting of young lovers.

The album stylistically features several different brands of jazz. All songs are based in jazz harmony, improvisation and technique, but each song draws upon Gray's influences uniquely. “Friday" and “Brooklyn Elegy" rhythmically draw from elements of modern R&B and hip hop, especially in the drums and bass. I'm Hopeful, through Ishito's burning saxophone and Robbins' soulful playing and singing is an homage to the great Ray Charles. “Cayuga" weds idyllic jazz ballad playing with a chorus that conjures pop music of the 1980's and 90's. “Aftermath of a Bar Fight" masquerades as a classic jazz ballad, but also uniquely brings darker themes and uses collective improvisation. “Lullaby for 26" utilizes gospel feel, grit and harmony to summarize a cathartic experience.