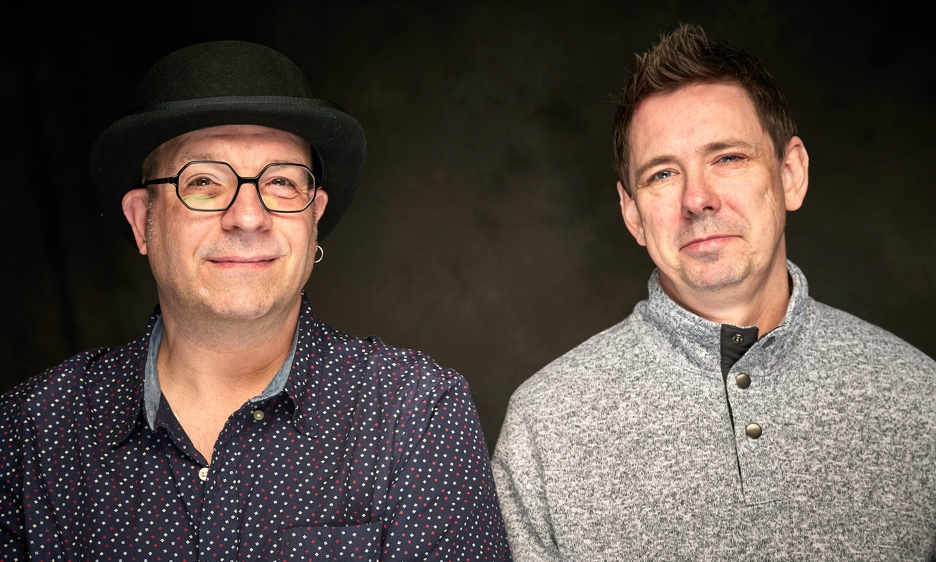 It’s like having a totally normal conversation with someone, then suddenly making it awkward on purpose!

“The energy around this music is super exciting," says Cory Carleton (bassist for Axon Radio). “We have a lot of great players and we’ve been flooded with emails and comments on social media. Everyone wants to know when the Oz Noy song is coming out!”

Like many Axon Radio recordings, ‘Stocking Shelves’ is a fusion of jazz and funk. Wound in clashing time signatures, drummer Travis Brant seems to easily enjoy creating odd rhythmic tension. “It’s like having a totally normal conversation with someone, then suddenly making it awkward on purpose”, says Brant. “That’s the essence of what we try to create. Something unique and interesting to listen to.”

For ‘Stocking Shelves’, that awkward outside thinking is exactly why Axon Radio turned to jazz guitar legend Oz Noy. “He’s known for not playing it safe”, says Carleton. “Oz Noy is a jazz guitar wrecking machine!” To Carleton’s point, Oz Noy is well known for playing with top musicians that constantly push the boundaries. Musicians such as Dave Weckl, Will Lee, and Jimmy Haslip. And if the insane amount of guitar talent on ‘Stocking Shelves’ doesn’t make you blush, the stunning piano playing might. To round out the lineup, Matt Rohde adds his own two cents on keys. One listen to ‘Stocking Shelves’ and it is obvious why Matt is in high demand— Jane’s Addition, Prince, Christina Aguilera, American Idol Band, and more.

Axon Radio will celebrate the release of ‘Stocking Shelves’, on May 27 at 8:00 PM EST, by live streaming their new single to 140,000+ followers on Facebook. “It’s a huge part of our story. Facebook is the perfect platform to connect with fans”, says Brant. “We’ve managed to build a pretty significant following in months rather than years. I’m proud to be part of a community that supports jazz and experimental music.”

Axon Radio is an American jazz duo founded in 2019 by Cory Carleton (bass) and Travis Brant (drums). Eclectic music and lineups are a staple—blending jazz, funk, and fusion, with modern studio production, and a rotating cast of industry established musicians.