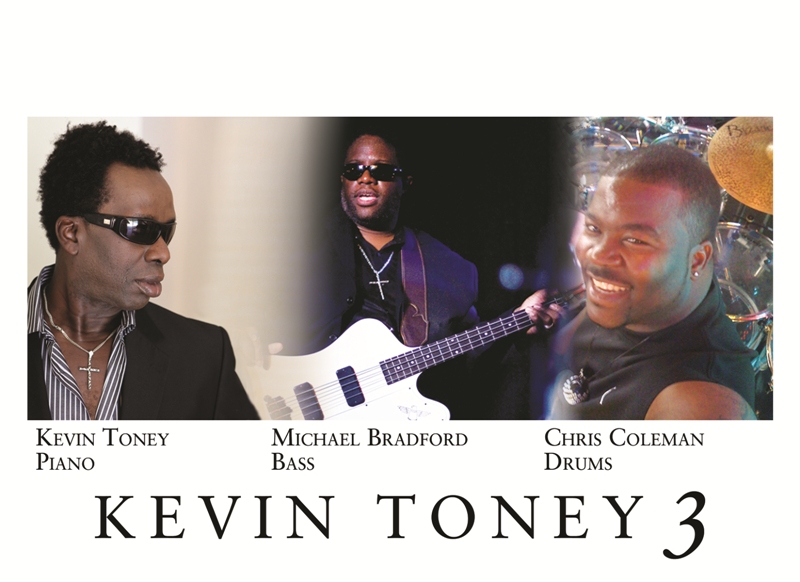 In recent years America has seen a paradigm shift toward the manifestation of real, forward thinking change – especially in the minds of people of faith.

How sweet the sound…pushing and advancing musical boundaries around.

It wasn’t until after the group’s songs were composed (primarily by co-producers Toney and Bradford) and recorded that the concept of New American Suite took shape. It was the music that told Toney what it was all about. “The title track and first song is a suite in four sections each representing specific aspects of America’s traditions of music,” Kevin explains. “It begins with classical piano flourishes, moves into a swinging jazz section that mirrors the way we began moving away from our European counterparts, then an Afro-Cuban section in 12/8 which builds to a powerful climax, followed by a tranquil return to the theme in closing. The music had a patriotic feel – uplifting, propelling and encouraging. From my vantage point, this represented America."

Don Mizell - Kevin’s close friend and natural born conceptualist - was instrumental in shaping the individual song titles as well as the over-arcing theme for the project. This earned him the illustrious credit of Executive Creative Producer. And as the Grammy®-winning co-producer of the great Ray Charles’ final recording, Genius Loves Company, Mizell clearly understands a thing or two about America! Kevin explains, “In our effort to paint a consistent picture we came up with all of the song titles in one night.”

Highlights of New American Suite include the brilliant and briskly driving “E Pluribus Unum.” Taking its title from the Latin term meaning “out of many, one” that has appeared on American currency, the piece finds the trio swingin’ hard yet in unity just as America’s founding fathers intended in maintaining a strong union. The feel-good number “A Soulful Union” continues this theme in a stew of gospel, rock and soulful jazz that reflects the reawakening of collective spirits to the truth that all men and women are created equal. “Spacious Skies” is a tranquil meditation of appreciation on the freedoms that Americans too often take for granted, featuring the lyrical bass playing of Bradford. Coleman sets up a tasty reggae swing hybrid on “Love is All We Need” over which Toney unconsciously recalls the breezy melodicism of the great Vince Guaraldi. The one non-original piece of New American Suite is a most original arrangement of Ragtime king Scott Joplin’s familiar 1902 classic “The Entertainer” (popularized again in 1973 as the theme for the movie “The Sting”). “Our goal was to bring the composition into 2012 with reharmonization and a relaxed forward motion groove,” Toney states.

A seasoned veteran, Kevin Toney first started playing piano at age five in his city of birth, Detroit, Michigan. His first teacher was his sister Helen. At eight, he added cello and alto saxophone to his skill set. He later attended the prestigious Cass Technical High School and performed with many of his city’s top musicians. Kevin graduated to attend Howard University in Washington, D.C. where he earned his B.A. in composition and jazz studies. During his tenure, he became the leader of the The Blackbyrds, the innovative jazz-soul fusion sextet founded by jazz trumpet legend Donald Byrd. Kevin wrote and co-penned many of the band’s most memorable music including the hit “Rock Creek Park”, “All I Ask,” and the brassy Grammy®-nominated scorcher “Unfinished Business.” After six now-classic `70s Soul albums, the group disbanded and Kevin recorded his first solo LP, Special K in 1982.

Kevin Toney truly came into his own with his 1994 release Lovescape, featuring his composition “Kings” which became a staple of then burgeoning smooth jazz radio. Over the next decade-plus, Kevin’s sound evolved over seven more meticulously crafted CDs that found him experimenting in nearly every contemporary music palette. He also became a fan favorite presence on the American jazz festival circuit.

Beyond his own music, Kevin Toney has performed with an impressive survey of major artists that includes Aretha Franklin, Stevie Wonder, Kenny Burrell, Nancy Wilson Whitney Houston, Shania Twain, Frank Sinatra, Carl Anderson, Oscar Brown Jr., Shirley Caesar, Pink, Isaac Hayes, Norman Brown, Andrew White and more. He also scored two films: the period drama “Kings of the Evening” (starring Lynn Whitfield and Tyson Beckford) and the documentary “The Kinsey Collection” (about a married couple that assembled the largest collection of African and African American artifacts in the United States). In fact, it is a work from their collection – “Fugue 2000” (oil on canvas) by renowned painter Richard Mayhew – that graces the cover of Kevin Toney 3’s New American Suite, courtesy of his dear friends Bernard and Shirley Kinsey.

As an author, Kevin's books include “The Virtuous Man, Breaking The Men's Code". This book addresses the misconceptions (“Men’s Code”) that men have learned from an early age regarding marriage and family, the baggage that men often bring into their marriages and their struggle in letting go of them. Other published books are The Kevin Toney Collection, Volume I and Heart of Gratitude: Piano Solos.

Kevin is a mentor for the ‘Manformation Project,’ a Los Angeles-based rites of passage setting that brings boys of 10-18 years of age into contact with Godly minded men to cultivate positive growth. Kevin and his wife - renowned costuming designer Phyllis Toney - also started The Toney Family Foundation which focuses on arts and music related philanthropy.

CD cover painting by Richard Mayhew – Courtesy of the Kinsey Collection: Shared Treasures of Bernard and Shirley Kinsey at the Smithsonian Institute.