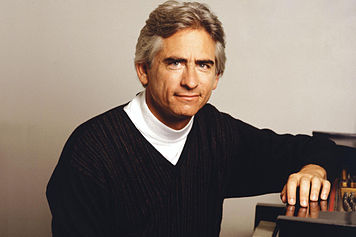 slideshow
The Asia America Symphony Association led by Music Director & Conductor, David Benoit announces its 2010 Concert Season, featuring a line-up of world renowned and celebrated artists. Heading up the concert series on Saturday, February 20 is the nation's most sought after cellist, Ben Hong presenting a diverse program of “Classical and Jazz" with the David Benoit Trio and musicians of the Asia America Symphony Orchestra followed by one of the major voices in today's chamber jazz scene, Er-hu and premier violinist, Meg Okura, performing for the first time with the David Benoit Trio on March 20. Two other outstanding performances include the Asia America Youth Orchestra in concert on April 18, premiering David Benoit's new composition, “Native California", and the finale concert featuring platinum selling artist and six-time Grammy nominee, saxophonist, Dave Koz performing with the Asia America Symphony Orchestra under Music Director and Conductor, David Benoit on June 5. Mr. Benoit also announced AASA's Annual International Composition for Orchestra Competition open to all young composers up to 25 years of age. Monetary prizes are awarded to winners in two youth divisions.

An Evening with BEN HONG, the David Benoit Trio and members of the

Called a “Ninja Cellist" by Soloist film actor, Jamie Foxx, Ben Hong is anything but your typical cellist. In addition to being the youngest cellist of the Los Angeles Philharmonic as Assistant Principal Cellist, Ben's desire to grow musically has resulted in a number of diverse performance opportunities. Most recently, Ben was hired by Dreamworks to train several cast members of the movie, “The Soloist", including Academy Award winner, Jamie Foxx and Tom Hollander. He also served as an on-set technical advisor. The movie is based on Steve Lopez's columns in the Los Angeles Times about Nathaniel Anthony Ayers, a former Juilliard student who ended up on the streets of Los Angeles, homeless and schizophrenic, yet held tight to his music. Ben's playing is featured on the film's soundtrack. He will be performing with the David Benoit Trio and members of the Asia America Symphony Orchestra: concertmaster, Yun Tang and principal clarinetist, Darryl Tanikawa in a program of classical and jazz.

The Asia America Youth Orchestra (AAYO) will debut the world premiere performance of David Benoit's new composition, composed specially for AAYO, “Native California", spotlighting many members of its orchestra in a variety of musical styles. Also featured will be AAYO violin virtuosos, Eleanor Dunbar and Jessie Chen performing Bach's Double Violin Concerto. The Asia America Youth Orchestra was founded in 2001 by Music Director and Conductor, David Benoit, to provide opportunities for young musicians from all cultures, races, and backgrounds to play in a professional-level ensemble.

A Night at the Movies

Platinum selling artist, humanitarian, radio host and six-time Grammy nominee, saxophonist Dave Koz will join Music Director & Conductor David Benoit and the Asia America Symphony Orchestra performing music from his “At The Movies" CD. A 2009 recipient of a “star" on the Hollywood Walk of Fame, Dave Koz has played with musical luminaries such as Burt Bacharach, Ray Charles, Natalie Cole, Celine Dion, Kenny Loggins, U2, Barry Manilow, and Rod Stewart. Also featured in this concert will be the fantastic music of John Williams.

AASA is now accepting applications for its 8th Annual International Composition for Orchestra Competition. The competition is open to all young composers up to 25 years old. Applicants are divided into Junior Division: up to 17 year old; and Senior Division: ages 18-25 years old. The composition can range from traditional, classical, jazz, to popular contemporary music for a regular orchestra and must not exceed 4 minutes in length. Monetary prizes will be awarded to the winner(s) in both divisions placing 1st, 2nd, or 3rd. The winning piece from both divisions will have their work performed by an orchestra in concert: The Junior Division winner will be premiered by the Asia America Youth Orchestra on Sunday, April 18, 2010. The Senior Division winner will be performed by the Asia America Symphony Orchestra at the Saturday, June 5, 2010 concert, and conducted by AASA's internationally acclaimed composer, pianist, Music Director & conductor, David Benoit.

To enter, interested parties are required to submit a completed application form (posted at www.AsiaAmericaSymphony.org), score, and audio CD to AASA, no later than the application deadline of February 22, 2010.

The Asia America Symphony Association is dedicated to opening artistic and cultural borders throughout Southern California by fusing the music of east and west in innovative, exciting ways. Under the guidance of its conductor and music director David Benoit, the Symphony is currently striking out in bold new directions, inviting new Asian artists as well as prominent ones from abroad who may not be known to local audiences, combining performances of jazz and classical compositions within the same program, and introducing traditional Asian instruments into traditional western classical performances in very non-traditional ways. Other performing artists that have been presented by the Asia America Symphony Association include Lea Salonga, Keiko Matsui, Sadao Watanabe, Hiroshima, Jon Nakamatsu, Jake Shimabukuro, Jeff Kashiwa, to name a few.