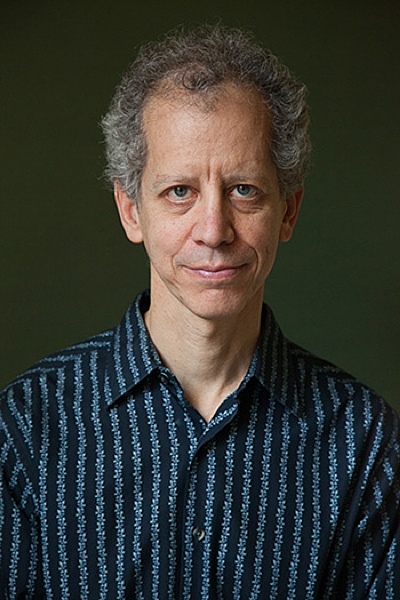 “It’s hard to find gentle humor in jazz but the clarinetist Andy Biskin has perfect radar for it. ...it’s a sweet-tempered [music] that doesn’t take itself too seriously but has a lot of hidden virtues.” —Ben Ratliff, The New York Times

Clarinetist-composer Andy Biskin is up to his old tricks again on Act Necessary (strudelmedia), the debut release by his new quartet, Ibid. Mashing up everything from polkas and New Orleans jazz to funk and Tin Pan Alley, Biskin shoehorns sophisticated compositional elements into epic miniature tunes. His all-star quartet, featuring cornetist Kirk Knuffke, trombonist Brian Drye, and drummer Jeff Davis, handles each musical hairpin turn with infectious enthusiasm and deep insight into the music’s many subtleties.

Biskin formed Ibid in the summer of 2011. The group was a change of pace for Biskin, who had been concentrating on drummerless bands with a chamber music sound. “By losing the bass and featuring drums, the music opened up in ways I both expected and never before considered,” Biskin says. “After a while, the music started to write itself and I stopped thinking about what was missing in the band, and more about what was there.”

Each composition springs new surprises on the listener: a proliferation of melodies that linger in the memory, subversive arranger’s touches, masterful synthesizing of historic and modern jazz elements, and vivid soloing that works in perfect harmony with the writing. The title track struts in on a funk groove, with the melody bouncing like a ping pong ball over the beat, breaking it up with notes that fall at unpredictable spots. “Companion Piece” captures the mood of a Tin Pan Alley ballad but displays a wholly modern sensibility, sad and sweet, but rescued from anguish by a light touch of irony. “Just Like Me,” Biskin’s homage to drummer Shelley Manne, neatly displays Biskin’s ability to weave color and variety into a composition without overcrowding it. There are unison passages, call and response, different instrumental combinations, backing riffs, and a comfy medium tempo that the great West coast drummer would have relished. Davis, whose attention to dynamics and ensemble balance are one of the keys to the quartet’s success, takes a dancing solo on brushes accompanied by the horns.

The band is at its antic best on “Page 17,” as Biskin guides them through a succession of musical events with the deadpan wackiness of Buster Keaton. Biskin’s liquid solo is highlighted with high notes that pop out suddenly. “Pretext” is a similarly eventful piece, with each instrument displaying a vivid personality as Biskin’s composition unfolds a story in sound. These pieces may be lighthearted, but don’t be fooled—serious musicianship and compositional savvy are needed to make these pieces work. There’s a smooth, long-lined flow to “What I Wouldn’t Give,” and the imaginative arrangement, full of wit and variety, coaxes an especially good solo from Knuffke, in which his soft-edged, translucent tone and lyrical inventiveness are showcased. Biskin describes “Balderdash” as “a throwaway polka,” but before he tossed it away, he wrapped it in a package of overlapping riffs, tempo changes, and shifting lead voices that make it especially delightful. “Whirligig,” a “sort of canon; it seems circular,” according to Biskin, features a pulsing solo from Drye, who colors his improvisation with vocal inflections. “The Titans” is a cheeky New Orleans-style march that subtly invokes Mahler’s First Symphony. “Maybe we are the Titans and this is our theme song,” Biskin says.

Born in San Antonio, Texas, and raised by musician parents, Biskin studied music and anthropology at Yale University and worked as an assistant to the folklorist Alan Lomax. A chance meeting with composer Gunther Schuller on a New York elevator led to Schuller producing his debut album, Dogmental. The Boston Phoenix wrote of it, “Imagine Weill oom-pah and the Stravinsky of l’Histoire du Soldat crashing into the Armstrong Hot Five on the parade ground or in the saloon. … All eminently swinging and unfailingly tuneful.” His subsequent CD releases include Early American: The Melodies of Stephen Foster, which received a four-star review in Downbeat. His chamber jazz recording Trio Tragico features bassist Drew Gress and trumpeter Dave Ballou. He is also featured on The Spokes: Not So Fast, a cooperative wind trio with soprano saxophonist Phillip Johnston and trombonist Curtis Hasselbring.

For the past several years, Biskin has also been performing and touring his Goldberg’s Variations project, a suite of twelve Rube Goldberg “inventions” for which he created video animations and a cartoon-music soundtrack for sextet. It recently completed a sold out three-night run at the Brooklyn Academy of Music’s (BAM) Next Wave Festival.

The other members of Ibid are among the best young players in New York today. Trombonist Brian Drye has played jazz with Clark Terry, John Hollenbeck, Andrew D’angelo, Ches Smith, Oscar Noriega, and Mark Helias. He has also appeared with groups as diverse as the Brooklyn Qawwali Party, Slavic Soul Party, and Frank London’s Klezmer Brass. The New York Times called his record “Bizingas” “one of the best introductions to a new band that I’ve heard lately.”

Cornetist Kirk Knuffke leads his own groups, and has 10 recordings as a leader. Kirk is a member of the Matt Wilson Quartet, the Mark Helias Quartet, the Andrew D’angelo Big Band, Josh Roseman’s Extended Constellations, Ideal Bread, and the collective trio, Sifter, with Matt Wilson and Mary Halvorson.

The term ibid is most often found in academic footnotes and bibliographies, but there is nothing stuffy or pedantic about Act Necessary. “It indicates an assortment of items springing from a common source,” Biskin explains. “And for me, it seemed like a worthy watchword for making music: a place where a diverse assembling of players, instruments, listeners, and notes might commune together.”