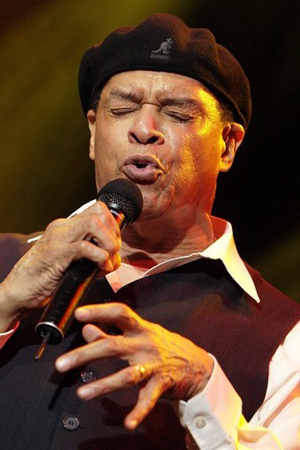 Al Jarreau's unique vocal style is one of the world's most precious treasures. His innovative musical expressions have made him one of the most exciting and critically acclaimed performers of our time with seven Grammy Awards, scores of international music awards and popular accolades worldwide. A heart-melting crooner who singed with Reprise in 1975, Jarreau remains the master of the ballad. The only artist to ever win Grammy awards in pop, jazz and R&B, Jarreau handpicks his favorite romantic tunes (such as “We're In This Love Together" and “Teach Me Tonight") for Love Songs. Spanning three decades, this 14-song compilation will be available January 29 at all retail outlets and online.

In her 26-year career, Linda Eder has taken on Carnegie Hall, the Gershwin Theatre, and nearly all the stages of Broadway to become recognized as one of the great contemporary solo voices. Rhino Records applauds the Broadway great with a career-spanning, single-disc collection of her work. Linda Eder: Greatest Hits will be available January 29 at all retail outlets. Linda Eder: Greatest Hits contains 15 remastered tracks from four albums recorded between 1995 and 2003 and features selections from The Complete Jekyll & Hyde: The Gothic Musical Thriller (1995), It's Time (1997), It's No Secret Anymore (1999), and Broadway My Way (2003).