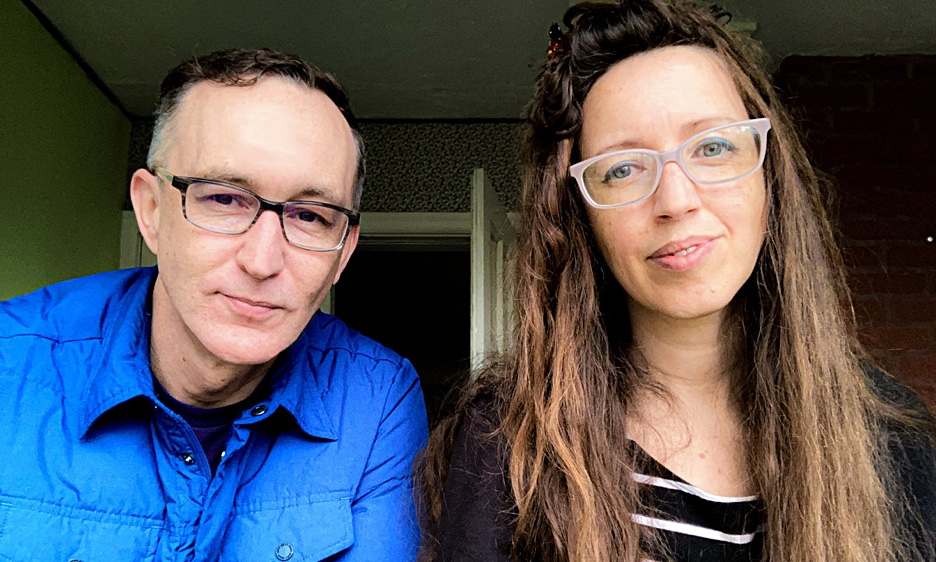 Delightfully teeters on the edge of chaos... The interplay of the leads produces the experience of a spy-movie chase scene.
—Independent Clauses 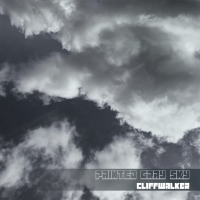 CLIFFWALKER is not just a cool name for a band.

The Portland, Oregon-based instrumental duo of Cliff Hayes (Bass, Keys) and A. Walker Spring (Vibes, Drums, Keys, Guitar) are just lucky to be named that way. To take the serendipity a step (sorry, had to) further, the sound of the pair’s upcoming “Painted Gray Sky” EP (out June 24, 2022) is also edgy.

We can dispense with the puns now, let’s talk about the music:

It’s like if a sexy Kraftwerk had joined in on the sessions with jazz legend Don Cherry and composer Ron Frangipane scoring Alejandro Jodorowsky’s “The Holy Mountain.”

Or maybe they picked up John Carpenter on the way to Tangerine Dream’s studio to make the music for Michael Mann’s neo-noir heist action thriller “Thief.”

The repeating riffs of minimalist composers such as Steve Reich, Philip Glass, and Terry Riley are also touchstones, and for those born more recently, Hayes and Spring suggest that the instrumentation on “Painted Gray Sky” is in the vein of Tortoise, but driven by bass lines a la Death From Above 1979.

Skipping forward a half-century, CLIFFWALKER came to fruition under the gray skies of the Pacific Northwest as Hayes was constructing a “library of bass riffs” (“Cliff’s Riffs!”)

“My toying with riffs started to morph into learning cover songs and then trying to cover these songs entirely on bass,” Hayes explains.

As it turns out, the “library of bass riffs” further morphed into “Painted Gray Sky,” as the melodic bass work of Hayes laid the foundation for Spring’s hypnotic vibraphone, guitar, and synth lines.

As well as playing in Portland’s beloved indie rock outfit Point Juncture, WA since 2004, Spring has co-hosted a weekly songwriting podcast since 2020 called “Honest Jams,” where she’s honed a diverse set of arranging skills, which are given free rein on “Painted Gray Sky.”

From Classical, through to Jazz and post-Rock, instrumental music is not novel. It’s not Pop either, but here, CLIFFWALKER manages hooks without the aid of vocals. This quality lets the natural rhythms of CLIFFWALKER’s songs shine without distraction.

And all of these references to musical genres count as influences in the CLIFFWALKER sound.

While Hayes was working to become a top-notch jazz bassist in his early college years by “practicing a lot of scales and arpeggios and reading a lot of charts,” he was also immersed in all kinds of music as a record store employee, the guilty party in so many musicians’ burgeoning career paths.

“Nearly all my waking moments were spent playing, listening, or learning about music,” he remembers.

Hayes relocated to Portland in 2005 and some years later, via fleeting meetings at the gigs of mutual friends, found himself in a conversation about artificial intelligence (in 2014!) with a producer friend of Spring’s.

“I was discussing how AI could be created to produce music by feeding it a library of riffs to train itself,” Hayes says.

Soon after, Hayes started recording his riffs at home with this idea in mind, and eventually wondered if Spring might be interested in playing drums with him on some material.

“Before I left that first session, we had already started recording the basic bass, drums and vibes that are on the final EP.”