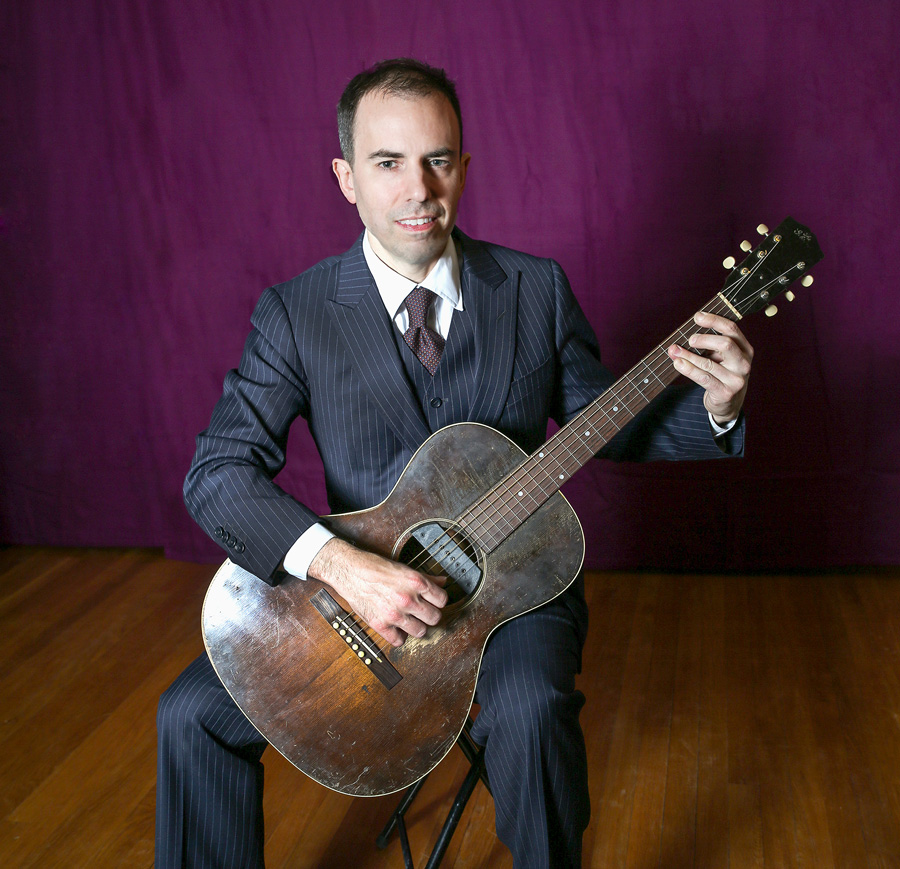 For his curriculum “One Chord Blues Jam,” Russo offers students 35 in-depth lessons covering many iterations and styles, ranging from complex forms that include Jazz to the basic 12-bar formula. Imparting his rhythmic and melodic phrasing philosophies over a single chord jam with both fingers and picks, as well as on acoustic and electric guitar, students can learn theory but also learn how to jam like Stevie Ray Vaughan, John Lee Hooker, Elmore James, Robert Johnson, Jimi Hendrix, and Eric Clapton’s Cream.

Proficient on an assortment of instruments, including banjo, resonator, guitar, electric bass, organ, Rhodes, harmonium and drums, Russo embraces the full spectrum of communal and artistic expression, ”My musical life has always been surrounded by an eclectic combination of unique musicians and scenes. My dream is that people of all races and origins live, play, and share all our different world musics and cultures together as one united race, without fear- one love!”

Crowned the winner of the 2004 International Jazz Workshop at The BANFF Centre in Canada, his 2006 debut album Ro was a critical darling with glowing reviews from DownBeat, Jazz Times and All About Jazz. In addition to his extensive work in the jazz realm, he’s also the editor of GRP Chords (Cherry Lane Music/Hal Leonard) and the author of the ‘Metallica- Legendary Licks’ series whereby he transcribed many of the band’s iconic riffs from their seminal work between 1983-1988 (Volume 1) with a subsequent volume chronicling their Black album.

On the recording front, Nick’s begun work on the 3rd album from The Scooches, a genre-blending Americana collective he co-founded with vocalist Betina Hershey and its counterpart, the Hot Jazz Jumpers who honor the early 20th century era of swing jazz and jump blues.

“His tone is very near perfect- big and bold, but still subtle very full in the line of players like Jim Hall, Kenny Burrell, and Tal Farlow." —Vintage Guitar

“His approach to improvisation, featuring for the most part a warm Jim Hall-like tone, is flexible enough to feel credible whatever the context. Nick Russo is clearly a guitarist worth watching.”  —All About Jazz

“A fluid straight-ahead player with a globalist outlook. For a guy with a book of Metallica transcriptions under his belt, Russo cultivates wonderfully pure jazz tones" —JazzTimes

“Nick Russo is a fantastic tutor for kids and adults. He makes ‘learning fun.’ I don’t have any background in music but Nick made it easy for me to understand the notes and how it works.” —Melissa, Ukulele Student