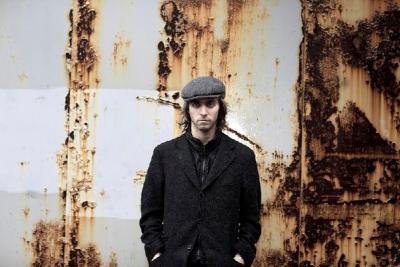 slideshow
A Friendly Vibe, Made Up of Shared Sensibilities and Common Repertory
Wednesday night at Smalls in the West Village was a friends-of-friends gig, an intersection of two circles.

Aaron Parks, the young pianist who led the band, played with the bassist Ben Street and the drummer Jeff Ballard. The Parks-Street alliance comes from a current version of the guitarist Kurt Rosenwinkel's band; the Street-Ballard alliance comes from years of playing together in various rhythm sections, including one from an earlier Rosenwinkel band.

Through the absent Mr. Rosenwinkel, there was a bit of shared repertory. But in a much more general way there was a shared, up-to-date field of jazz reference, one that includes the short and intricate rhythmic junctions of bebop, the high-wire feeling of the pianist Paul Bley's playing, slow ballads with backbeats, and rock put to new purposes.

It was a casual set with a slightly out-of-tune piano, the kind of night that jazz culture is built on. (About a quarter of the audience members arrived with instrument cases.) This wasn't a working band, and the job wasn't preparation for a CD. (All that comes in August, when Mr. Parks releases his first album on Blue Note, with his own compositions and a different band.) No matter: the show was loose but well defined, provocative but to the point. Most of all it felt good.

From the start -- a version of Sonny Rollins's “Airegin" -- Mr. Street played fiercely. He set up large areas around the beat, loosely and generally defining it, phrasing roughly but always in tune. Mr. Ballard put a lot in those big spaces: he played with sticks close to the skins and metal, changing the flow each bar, often overturning the old logic of jazz drumming by making the snare and the tom-toms maintain the rhythm and hitting the cymbals for accents.

And Mr. Parks started stretching out his improvised lines, slowing down their tempos over the steady groove of bass and drums, extending them until it felt as if they would snap off. This was cerebrally intense, but later, in Mr. Rosenwinkel's “Zhivago," the set grew physically intense, with all three players locking in and busying up the music.