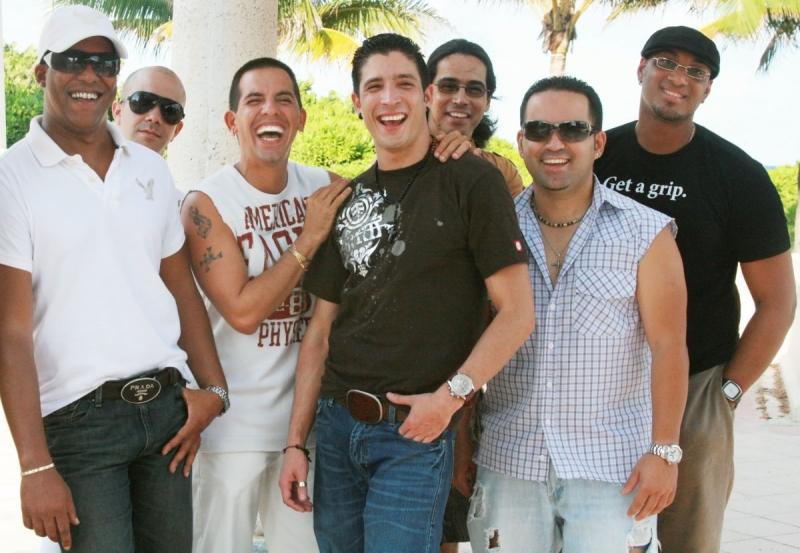 slideshow
AAJ readers can get special discount pricing for tickets to see Tiempo Libre when the band returns to New York City to perform in concert on December 10th.

Hot off its third Grammy nomination for “Best Tropical Latin Album" for Bach in Havana, the sizzling, dance-inducing Cuban music group Tiempo Libre will perform and generally throw one big Cuban party on Friday, December 10th at 8:00 p.m. in the Peter Jay Sharp Theatre at SymphonySpace (2537 Broadway at 95th St., NYC, 10025). Tickets are $38; day of show $43; member $32; under 30: $15. For tickets call 212-864-5400 or visit symphonyspace.org. AAJ readers will receive a special $15 discount by using the code “Tiempo" when purchasing tickets online or by telephone.

This is part of Symphony Space's Sonidos: A Celebration of Latino Arts. Sonidos, or “sounds," explores Latin culture through music, literature, dance and film.

Tiempo Libre's show is a dynamic, passionate performance of timba music&#151an exciting and engaging combination of Latin jazz and traditional Cuban son. Their goal is to serve as ambassadors to Cuba's musical heritage, while celebrating the American experience. There hasn't been a concert yet where people haven't gotten out of their seats to dance.

The members of the Miami-based Cuban music group, Tiempo Libre, come from all over Cuba—places like Santiago, Pinar del Rio and Camaguey. They all went to school together at La ENA, Havana's premiere Russian-style conservatory during the Special Period in Cuba. Individually they all fled Cuba for freedom, and reunited in Miami where they all enjoyed thriving careers in Latin music performing, touring and recording with such artists as Albita, Israel "Cachao" Lopez, Arturo Sandoval, NG La Banda, Gonzalo Rubalcaba and Isaac Delgado. In their free time, the seven musicians would come together to realize their collective musical dream: to create the first authentic all-Cuban timba band in the United States, and for this reason they named their group Tiempo Libre (free time). Now they are a sensation in the US, with concerts all around the country and three Grammy nominations.