A Steve Lantner Summer At Outpost 186 In Cambridge (MA) 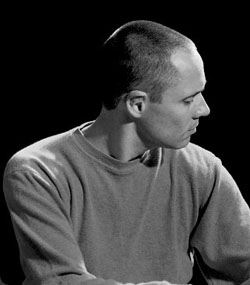 slideshow
Since Steve Lantner is the only Outpost 186 artist to actually lay out his entire season schedule in a grown up and timely manner, it is only fair that we at the Outpost call attention to this fact.

And what a season it is.

July is a twofer with his usual Tuesday slot given to a solo. These can be all over the map and generally reflect his inspirations of the moment.

Look for it on July 23rd at the usual 8pm for the usual ten bucks or whatever you donate.

And Thursday finds an increasingly rare outing from that venerable and wonderful local treasure, Laurence Cook. It’ll be a duet steeped in subtlety and charm.

It’ll be on Thursday, July 25th at 8pm and usual arrangements apply.

August is more austere what with dog days and lolling vegetation amid bug buzz and Mr. Lantner opts for a basic duet with the energetic and astute Luther Gray.

Tuesday the 27th is the temporal container for this outing with the usuals of 8pm and the ten buck hat pass.

And then, finally, to the utmost astonishment and never ending appreciation of the harried Outpost minions, Steve Lantner even has September figured out.