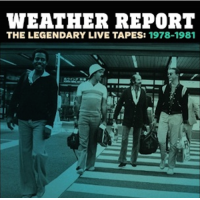 It's that time of year when music writers like me are bombarded with box sets. Some are superb, others not so much. Here are the ones I dig most and are well worth giving yourself for the holidays:

John Coltrane: A Love Supreme, the Complete Masters (Verve). I always think of this album as a grown-up time machine back to December 1964, when the masterpiece was recorded by tenor saxophonist John Coltrane. The work is thick with stormy energy, African riffs and spiritual seasoning, leaving us with a capsule of creative expression that lived outside of the mainstream hothouse. Why buy it again? Several reasons. The mastering by Kevin Reeves adds drama, punch and clarity to the original recording. And there are previously unreleased tracks, including the original mono reference masters and tracks from the quartet and sextet sessions. Two are in stereo for the first time. The 22 tracks lengthen the journey back into Coltrane's mind. Produced by Harry Weinger, liner notes by Ashley Kahn and lots of images and documents in a 32-page booklet.

The Beatles: 1+ (Capitol). In 2000, Capitol released the album known simply as 1—27 of the Fab Four's #1 hits on one CD. Now, 15 years later, Capitol has released a three-disc set (two DVDs and the original CD) in a box set. The first DVD illustrates the 27 #1 hits with crystal-clear concert clips while the second “1+" DVD features an additional 23 videos of hits. There's nothing quite like watching the videos on your computer with a friend over drinks. The sound is and visuals are breathtaking.

Bob Dylan: Bootleg Series Vol. 12, 1965-1966 (Legacy). This historic set documents in granular detail the outtakes, rehearsal tracks and alternate version from Bob Dylan's Bringing It All back Home, Highway 61 Revisited and Blonde on Blonde sessions. This box is available in multiple configurations, from a two-CD set to a six-CD deluxe version, a vinyl set and collectors edition box. A fascinating look behind the curtain at the straw who stirred rock in the 1960s. For example, there are 20 tracks charting the evolution of Like a Rolling Stone, from tentative and impractical waltz to the sleek, organ-centric 4/4 execution we know and love. Tremendous listening. Spring for the six-CD set. Worth it.

Frank Sinatra: A Voice on Air, 1935-1955 (Legacy). I'm Sinatra-ed out. Or put differently, I have a Sinatra hangover from all the third-rate Frank-worship on TV recently. The true Sinatra fan (those who know his Harry James sides) will love the period of perfection covered in this four-CD box. It's Sinatra at the height of his pre-ego-maniac period, before we had to endure his wide range of mid-life crises and macho run amuck via vinyl and video. In the age of innocence covered by this superb set, we are treated to Sinatra, the jazz romantic, when the instrumental voice was teamed on the radio with Tommy Dorsey, the Columbia machine and various radio bands. The set includes 100 tracks, including 91 previously unreleased performances. Ya gotta love the live versions of Frenesi, Say It, She's Funny That Way and There Are Such Things. And that's just first disc. An unbeatable blizzard box.

David Bowie: Five Years, 1969-1973 (Rhino/Parlophone). This 12-disc box set arrives ahead of of David Bowie's much anticipated new studio album, Blackstar, due Jan. 8. The big news here is the sound, which is sterling and feels like a window newly washed. I don't miss any of the old sonic grit, especially on Aladdin Sane. The box includes a hardback 128-page book and notes. Discs come in well-crafted firm mini-LP covers and plastic CD sleeves. Six studio albums as well as two live albums, the Ziggy Stardust film soundtrack and two discs of non-album singles. A fireplace box if ever there was one.

Genuine: The Alan Jackson Story (Legacy). I'm a traditional country fan. There, I said it. When country is great, I love the poetry, the expanse and the sound of a steel guitar and lonesome piano setting the scene. Guitarist and singer-songwriter Jackson brings country and honky-tonk together with his deep,10-gallon voice. Jackson has had 35 #1 hits on the Billboard's country chart and has sold more than 80 million records worldwide. Once you put on this three-CD set, you will find taking it off difficult. Country straight-up—music for long-distance driving and cooking for friends.

King Curtis: The Complete Atco Singles (Real Gone). King Curtis was one of the busiest R&B studio tenor saxophonists from the late 1950s to the early 1970s and is the father of the wailing late-night TV band sound. His conversational, instrumental versions of hits such as I Was Made to Love Her, (Sittin' on) the Dock of the Bay, Harper Valley P.T.A. and Games People Play say it all. The high point for me is Curtis's smoking cover of Led Zeppelin's Whole Lotta Love.

Other boxes worth digging...

Weather Report: The Legendary Live Tapes, 1978-1981 (Legacy). I was never a big Weather Report fan, but you have to give the band its live props. The Swiss-watch of fusion bands was a spectacular performance group. Beautifully illustrated here on this two-CD set with booklet.

The Complete Them, 1964-1967 (Legacy). This hip, bump-and-grind Irish rock band was formed in the early 1960s and is best known as the early start of Van Morrison. The missing soulful link between icy Brit blues bands and American R&B.