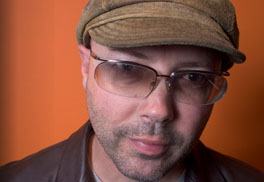 slideshow
A spontaneous Hub reunion of Freddie Hubbard’s band members. From the 70s, Henry Franklin on bass. Carrying the rhythm section in the 80s and 90s, Carl Allen on drums with John Beasley on keyboards, and standing out front on sax was Bob Sheppard. Joining the band in the 90s was Kathy Salem on sax. On the reunion stage, Ambrose Akinmusire join this alumni band.

2 nights, 4 sets in the spirit of Freddie!