Temperatures rose high, as jazz fans gathered in Newport for the fifteen performances, spread over three stages, that provided eight hours of listening pleasure. The Ben Allison Band started things up at the Harbor stage, showcasing music from their latest recording Think Free (2009, Palmetto). Bassist Allison worked the intro to "Green Al," a modern, eclectic, and sultry groove. Trumpeter Shane Endsley developed the melody line, building to a solo. Violinist Jenny Scheinman followed suit, garnering abrasive qualities from the stringed instrument. The song dove and soared, returning to the main theme, before being brought to a close. 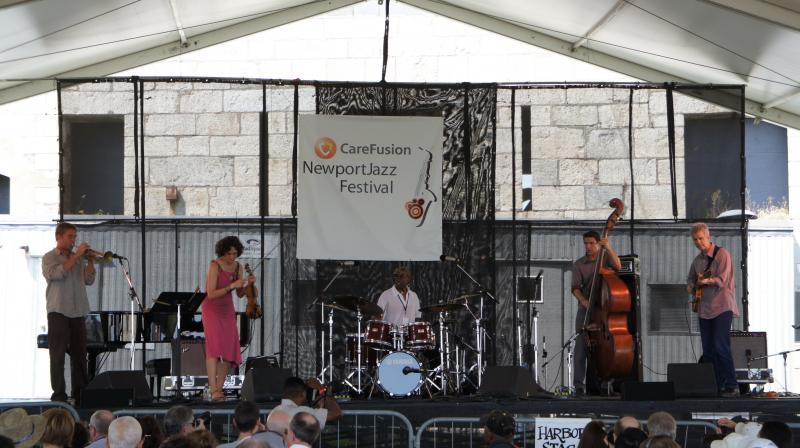 This was Allison's third time performing at the event, but even so, he was still excited to be part of the festival's legacy. "We had fun and it seemed like the audience had fun," he said. "It's live music, outdoors in America—it's great to see people supporting live music! It's so great to play at this festival."

Allison is also excited about sharing his knowledge and passion of jazz, and he's recently participated in a series of clinics. "I'm a big proponent of new music, helping it move forward, and I'm a big proponent of bringing up the next generation," Allison explained while discussing his upcoming clinic in Rome, Italy.

Judging from the Newport reaction, Allison may not have to wait until he reaches Rome to obtain confirmation of his desire to help the music evolve and grow. The band's search for delivering fresh, unique sounds was evident as they explored varied directions on "Kramer vs Kramer vs Godzilla," "Roll Credits," and "Man Size Life." Indeed, this performance appeared to have left the audience inspired. 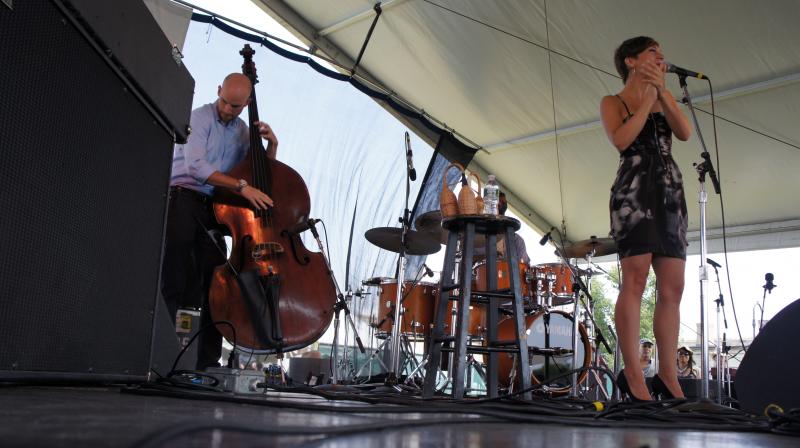 Starting on September 19th, Allison begins a regular stand at Kush, on Manhatten's Lower East Side. He envisions this as a workshop format, providing the band a forum in which to continue its experimentations. Next December, Allison returns to the studio for his 11th Palmetto recording. It will include new music and re-imagined takes on some of his older material.

Elsewhere, Newport's enthusiasm continued to crackle, as people gathered round the small Quad stage, awaiting Gretchen Parlato. From the first notes that rang out on Alan Hampton's bass, "Within Me," captivated an audience that spread well beyond the tent's seating capacity. Driven by Kendrick Scott's shuffling drum work, and accompanied by Gerald Clayton's emotional piano playing, Parlato's voice sliced through the air—a combination of vocal storytelling and melodic phrasings.

"Thank you so much," Parlato said to the audience upon the tune's conclusion. "This is my first time at such a legendary festival, so thank you for having me and thank you for being here." The set contained several items from Parlato's last CD, including a version of Herbie Hancock's "Butterfly," "Weak," the Brazilian-inspired "Doralice," and "I Can't help it." 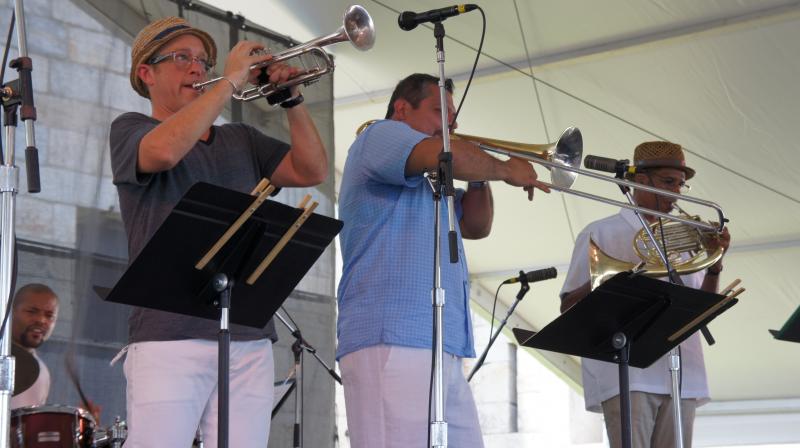 "It's really a thrill, and a sort of honor and privilege, to play here at the Newport Jazz Festival," Douglas said. The set drew from the Spirit Moves (2009, Greenleaf) sessions, a collection of original tunes, mostly inspired by brass players. "Rava," opened with a slow tempo. Horns swayed, and Marcus Rojas' tuba called repeated notes. Then, Douglas soloed, a combination of long notes mixed with varied short phrasings. Trombone and French Horn sang melodic accompaniment, while Waits drumming, funky and heavy, without being forceful or overbearing, held everything together.

Other selections included "Fats," so named for the early bebop contributions of Fats Navarro, the up-tempo "United Front," and "Bowie," dedicated to Lester Bowie.

Sunday's high temperature eclipsed that of the previous day, and amidst the heat, a collection of electronic swells, snapping harmonics, and bursts of feedback melded atop a banging backbeat—Ken Vandermark's Powerhouse Sound exploded into "Shocklee." Elsewhere, David Binney's Third Occasion Quartet could be heard on the Quad stage, and Dave Brubeck sat in with Wynton Marsalis.

The day was still far from over, and in the late afternoon, Jason Moran began his set by encouraging the audience to sing "Happy Birthday" to the Bandwagon. Moran's last endeavor, Ten (Blue Note, 2010), is named to celebrate the decade his band has spent together creating music. 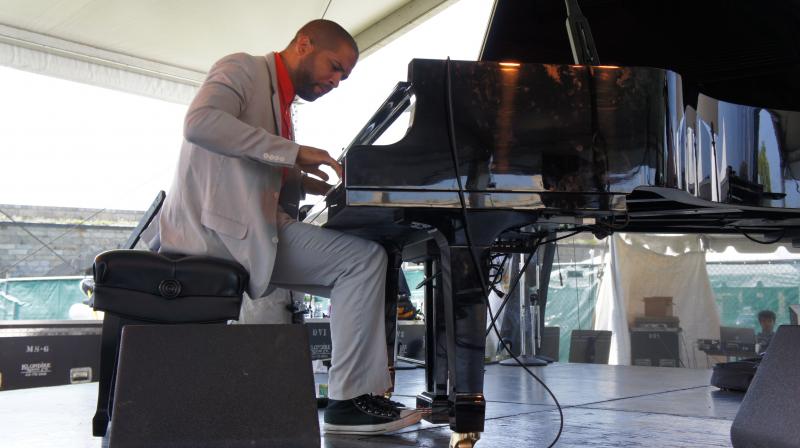 As Moran's set ended, Herbie Hancock played on the main stage. In an interesting twist, Conrad Herwig explored Latin-infused versions of Hancock's music on the Harbor stage, and Chris Botti closed the night on the Fort stage.