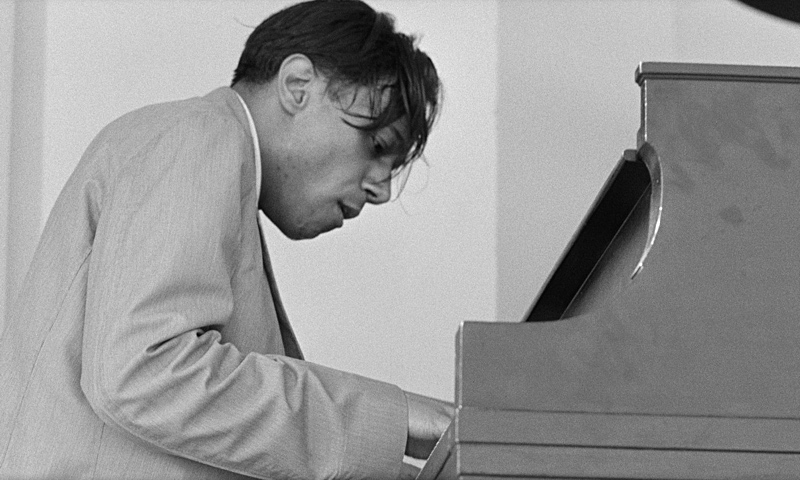 By MARC DAVIS
November 1, 2016
Sign in to view read count

In Duke Ellington’s wake, I imagine everyone wanted to be the hit of Newport and land on the cover of Time magazine.

The collector asks: When is it OK to say, "I have enough, thanks. I don't need the live version, too."

Consider the dilemma of Wolfgang's Vault, a musical treasure trove of old jazz and rock performances. If you've never been there, go now. The site is stunning. It is an enormous collection of long-lost jazz shows, mostly from the 1950s, '60s and '70s. For the fan and collector, it's a must see.

The Vault comes in two flavors. On one hand, you can listen to unlimited streams at the Classic Vault site for $4 a month or $40 a year. It's hard to argue with that price. Or, if you prefer to own your music (the collector does), then you can buy and download thousands of classic concerts at $5 a pop. For fans of a certain era—say, 1950s and '60s hard bop, which is my favorite—Wolfgang's Vault is a never-ending buffet.

The Vault includes more than 1,000 performances from the Newport Jazz Festival alone, from 1955 to 1976. Think of an artist and he's there: Miles Davis, Thelonious Monk, Herbie Hancock, Dave Brubeck, George Benson, Dizzy Gillespie, Art Blakey, Count Basie and on and on.

Consider just one year alone—the 1959 Newport Jazz Festival. Wolfgang's Vault offers 27 artists from that classic show. Each performance sells for $5. Some are ridiculously short. For example, there is six minutes of the Cougarettes and 10 minutes of Jimmy Jones and the Sensationals. (Anyone remember those guys? Me either.) At the other extreme, Count Basie runs for more than an hour. In between are such luminaries as Thelonious Monk, Jimmy Smith, Dizzy Gillespie, Horace Silver, the Jazz Messengers, Ahmad Jamal, the Modern Jazz Quartet and Gene Krupa, to name a few. Quite a smorgasbord.

But even at the bargain price of $5, is it necessary?

I'm not a fan of live shows that merely duplicate existing recordings. For example, I love Jethro Tull, and I remember leaping to buy the Aqualung Live album when it came out. It was a disappointment. Most of the songs sounded just like the original versions. Meh.

So—live jazz at Newport? Yes or no?

For $10, I sprung for the Jazz Messengers and Horace Silver sets. This is classic Blue Note at its zenith, and I was already familiar with the original source albums. Would the live sets be worth the price? To my ears, not so much. The Blakey/Messengers set consists of four tunes, each running 9 to 11 minutes. Outstanding stuff —including "Moanin" and "A Night in Tunisia." If you don't already own the original records, get it! But if you're a collector, you already have versions so similar that it hardly matters.

Ditto with Horace Silver. The one exception is a 12-minute version of "Cookin' at the Continental." It's twice as long, faster and livelier than the 5-minute original version from the Finger Poppin' album, and the solos are way more fun. I credit Paul Gonsalves and his epic, world-famous sax solo of just three years earlier at the very same jazz festival with Duke Ellington on "Diminuendo and Crescendo in Blue." In Gonsalves' wake, I imagine everyone wanted to be the hit of Newport and land on the cover of Time magazine, as Duke had that summer of '56. So everyone indulged in lengthy, crowd-pleasing barn burners. Alas, that moment had passed.

My bottom line: Scour the Vault and find gems you don't already own. I'm not a huge Basie fan, so the 74-minute Newport concert is a relatively new find—for me, anyway. Monk's 36-minute set, not so much. Heard it before, thanks.

Definitely visit Wolfgang's Vault, find new-old music and buy it. Or stream it. But only the most completist of completists will find buying it all mandatory.