By DAN BILAWSKY
January 1, 2011
Sign in to view read count 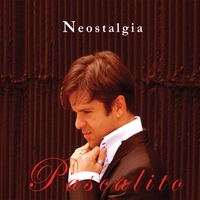 In defining himself as a "world chanteur," Pascalito has come up with the perfect expression to explain his unique position in the music business. Pop, chanson, bossa nova, noir-ish night music, seductive Spanish-tinged melodies, tango and more are all part of the package on Neostalgia. Pascalito (Pascal Sabattier) was born in Paris to a family of Mediterranean Jewish descent, and moved to New York in the late '90s. Since that time, Pascalito has been creating music that touches on his background, but goes beyond those specific influences.

Pascalito's vocals are the common denominator on these thirteen tracks, but he reinvents his style throughout the album. This has an upside and a downside: on one hand, Pascalito provides something pleasing for everybody; the flip side is that the album lacks a sense of continuity, making the music easier to appreciate on a song-by-song basis.

Pascalito comes across as a purveyor of over-produced pop as the album opens but, thankfully, he only returns to that area at one other point in the program ("Yang Est La Nuit"). While the production values and programming don't help to sell these songs, technology is used to good advantage on "Motsicien Bleu." Pascalito's vocals have a cool, distant and detached quality here and the drum sounds give a modern edge to an otherwise straightforward performance. Ironically, the one piece of dated pop music that Pascalito poached for this album is stripped bare and given a completely new and timeless interpretation. "Here Comes The Rain Again" might have been a beat-heavy hit for The Eurythmics, but the use of Spanish-tinged guitar lines, flute and Pascalito's whispery vocals give the song a well-deserved makeover.

The rest of the material is also a mixed bag in terms of style. Brazil and Spain merge with positive results on "La Pluie Sur Ta Peau" and "Dans Mon lle," but Pascalito's piece in praise of bossa nova ("Bossa Nova City") is dragged down under the weight of its own lightweight lyrics. Pascalito's swaying interpretation of "Boulevard of Broken Dreams," driven by sophisticated, understated guitar work and lots of hand percussion, is a real winner, and Sarino Suno's violin work adds some intrigue on the Middle Eastern-leaning "La Citrouille De La Toussaint." "Le Blues De La Fleuriste" is a cute tune that owes more to French chanson than any other piece. Gently swinging brushwork, carefree violin lines and supportive guitar work are all part of this superb arrangement that comes across as lighthearted and instantly likeable. The music of Pascalito doesn't owe allegiance to any single school of musical thought, coming across, instead, as a melting pot of delicious musical morsels from around the world.