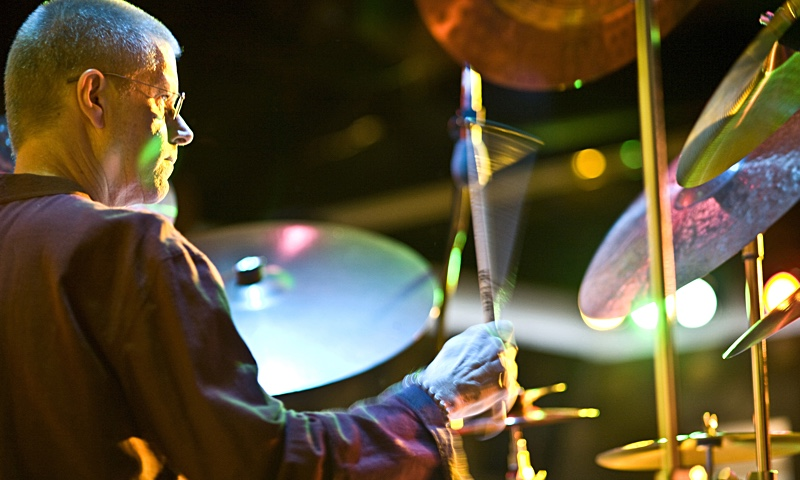 By JONATHAN MANNING
January 25, 2018
Sign in to view read count

When we would try to surprise each other, we still ended up doing stuff exactly together in the most startling ways.

On their sixty-second birthday, Nels Cline and Alex Cline realized they had been playing music together for fifty years. Since their very youngest days playing music, finding inspiration in The Byrds and King Crimson and exploring jazz and experimental music most of their peers wouldn't bat an eye at, the twins have developed recordings and performed at countless shows that highlight their venture into adventurous music-making. While the brothers now reside on opposite coasts—Alex in Los Angeles, still close to where they were raised, and Nels in New York City—and do not get to compose or play music together much anymore, this fiftieth anniversary sets a particularly impressive and unique milestone for the drummer and guitarist fraternity that most musicians will, and can, never reach. The chance to play and grow musically with someone since childhood is rare, shared only by a handful of other artists, such as Mike Watt—with whom Nels has frequently collaborated—who started the band Minutemen with his childhood friend D. Boon. The brothers inspired each other and introduced one another to varieties of music and musical ideas that, over time, have they each have absorbed over time, resulting in a musical partnership that is at once clearly symbiotic yet always surprising, given their proclivity for experimental music. When they play together, "there's a level of intimacy that is unequalled," says Alex. After five decades of making music together and individually, the brothers reflect here on their duel growth, musical philosophies and influences, and what it means to play so close to home and with each other.

"We grew up essentially being one another's best friend," says Alex. "We were not ever competing with each other." The Clines shared or absorbed everything musical growing up. While one might've bought certain records the other did not, those records always got shared between the two, and both brothers wound up soaking in the same tunes and musical variety. It was inevitable that they'd grow to find their playing would always complement the other's, no matter where they were in terms of taste or ideas currently being pursued. The two grew up both listening and finding inspiration in improvised music, and even as they grew and became progressively more technically accomplished as improvisers, their mutual influences and experiences shown through. Sometimes, Nels says, "when we would try to surprise each other, we still ended up doing stuff exactly together in the most startling ways. And so the conscious attempt to surprise or to counter or go against the grain—that sort of seamless flow of communication—that didn't even work." This peculiar effect makes the twins' musical relationship all the more unique.

While both brothers have always and continue to seek adventurous modes of performance and composition and have both played in myriad ensembles and produced vastly different records, when they get together there is a sort of involuntary telepathy that kicks in. "I don't know if there's any bomb I can lob at him that will surprise him at all," says Nels. "He is able to really listen while he is playing and react as though he is in that person's head." This musical clairvoyance is amplified further when playing with his brother. Alex says that they "have these hilarious stories about... gigs where we were both in the band and we would play these phrases or musical ideas seemingly completely out of nowhere at exactly the same time." Even when they'd be apart for some time or exploring completely different styles of music, there is an unbreakable bond between the two stemming from childhood.

A deep musical relationship was something the two cherished together; during childhood, when they were exploring avant-garde music, Alex says, "everybody around me not only doesn't know about it but they don't care about it." With the kind of tastes and sense of experimentation the brothers had at a young age, it was difficult to find others interested, and, Alex says, "that mutually nurtured growth and interest was something I was not going to experience with any other musician." This dynamic yields a kind of improvising that you rarely see. The brothers could easily entertain an audience on either of their own given their years of experience improvising. One might think the persuasion of improvising would make playing together a challenge but often what happens with the Clines is that there is actually "potential for predictability or a total lack of surprise." While most listeners couldn't discern this, the brothers easily can, and Alex says that "it behooves us to be aware of this and then push past it and to challenge one another and challenge ourselves so that things remain fresh and less predictable, but musically strong because of that super close intimate musical connection."

Nels says that there was a time in the mid to late '80s where he "made a conscious decision to play with as many other drummers as I could... because playing with Alex always made me sounds better" and he had wanted to challenge himself during that time and eschew familiarity. Alex says, he enjoys finding the "balance between that really strong sense of freedom and comfort than one has playing with somebody with whom one has had that long and deep of a musical relationship while at the same time trying to constantly keep it fresh and vital rather than just predictable and stale." This notion was also part of the reason why the two have played live as a duo so few times over the years. In celebration of their sixty-second birthday, the brothers played live as a duo for only the fourth time ever at the Moss Theater in Santa Monica near where they were raised, for a show sponsored by The Jazz Bakery.

"There's something about the obviousness of it that I think just eluded us," Alex says on the topic of playing as a twin duo. "It just seemed too obvious," he says. These rare duo sets have now become something of an occasional birthday celebration and it was fitting that their most recent duo set happened on the fiftieth anniversary of the brothers' musical journey together. Fifty years ago they each began playing music and after all this time, they find themselves essentially right where they started; in fact Nels lived for many years just blocks away from the Moss Theater. The performance was part of a series featuring Southern California jazz legends and the city of Los Angeles has played a part in their musical development.

Alex says, "one of the things that made [Los Angeles] interesting was it was a real epicenter for a lot of experimentation with different sorts of orchestration, different sorts of instruments, different sorts of approaches" and was full of musicians who "were really very adventurous in terms of what they were trying to do with the music." He says "there's always been an active community of adventurous music makers here." Nels and Alex now easily fit into this category of innovative Angelenos who have pushed the boundaries of not just jazz but music at large. Although, Alex says, "Los Angeles is obviously the capital of commercial music production, including the jazz world," a cadre of out-there, groundbreaking musicians came from or to LA to create exciting and novel tunes. Nels, being one of these artists, said coming back and adjusting feels automatic at this point—much like getting back into playing with Alex after having moved to New York City and playing together only infrequently now.

Alex says that, "a lot of what I do on my own musically tends to be a little too ethereal and pretty for the hardcore avant-garde people and too difficult to listen to and challenging for the standard mainstream listener." This difficulty in classification, though, is something that doesn't bother the brothers. While one could say they each fit into the jazz world somewhere, the breadth of their influences and musical output defies clean categorization. In this sense, they fit perfectly into jazz as the genre is so centered around evolution and inventiveness. But, neither of them are dogmatic about labels and always, Nels says," prefer mood over mechanics."

Though both talented at their instruments, the brothers "are much more interested in orchestral types of concepts, sonically" and less in technically impressive flourishes. Alex says that "there is a lot of incredibly technically accomplished music out there both in terms of the playing and the composing. But a lot of it still just leaves me cold because it's not about the feeling." This concept of feeling takes precedent for the Clines. Listening to their records is an easy way to get a sense of this preference. Much of Alex's work has a cinematic ambience to it and Nels' tunes always contain a strong moodiness whether that be loving, jumpy, or dreamy. Each could have made their names with showmanship but have instead "the experience of being moved by music, no matter what kind of music it is." Nels says their music "can be as sparse as anything you've ever heard and as orchestral as well." It is the range of feeling and atmosphere that attract them to music and not the technical ability or rhythmically or melodically impressive composing. Alex says, "I would rather hear two notes played beautifully than a million notes played cleverly." This was made apparent during their show at the Moss Theater.

The brothers traversed a wide range of themes and sounds, flowing from sparse, almost temple-like music with subtle textures, to spidery, zig-zagging improvisation filled with intricate feedback loops and blooming cymbal and gong crashes. Since they do not get to play together frequently anymore, this was an exciting opportunity for them to demonstrate their symbiosis as well as their individuality. Regarding their play styles, Nels says they "like to play really quietly and then we like to play heavy, high drama. I wouldn't say excruciatingly loud but it may be a little dramatic and sonic." While certainly jazzy, the music made at the show sounded unique unto itself. The originality and expansiveness of their music, though, does align well with what may be considered tenets of jazz. They are always exploring new types of sounds, rhythm melody and what is jazz if not something new each time it's played. And despite the unrivaled intimacy and musical connection between the brothers, that performance is no exception.

For the foreseeable future, these duo concerts will remain special occasions, and the brothers will still not play very frequently with each other. This, however, makes their off-on-on birthday tradition an event to keep an eye on every January 4th. But while they can't guarantee a Cline brothers album or tour, both continue to push their own performative, compositional, and improvisational limits as professional musicians and curious consumers of music. 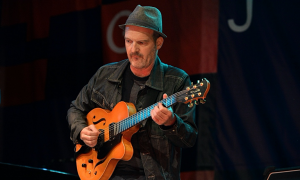