I like to generate rhythm and when I improvise I like to be in the fabric of the music. —Ned Rothenberg

"This sonic vocabulary had more potential than just a set of techniques—there was really a music there," says Rothenberg, recalling the first time he saw Parker perform solo in the early '80s. It was a revelation for Rothenberg, who had been independently developing similar ideas. He honed these skills not as an end, but as a means of self-expression on alto saxophone, clarinet, bass clarinet and shakuhachi, the Japanese bamboo flute.

Rothenberg forged a distinct voice as a multi-instrumentalist and composer, becoming a stalwart of the creative music scene and working with such artists as John Zorn, Marc Ribot, Paul Dresher and Sainkho Namchylak. Integral to his sound is the use of circular breathing to sustain long rhythmic patterns, multiphonics to generate simultaneous tones and overtone control to extend the timbral range of instruments. He seeks to move beyond the typical horn-over-rhythm model, forging harmonic and rhythmic content as much as melodic.

Born and raised in Boston, Rothenberg moved to New York in 1978, after graduating Oberlin College and touring Europe with Anthony Braxton's Creative Orchestra. He pursued his extended woodwind techniques primarily in solo music; young and relatively unknown, he founded Lumina Records to document and distribute his work. Two early pieces, "Trials of the Argo" and "Continuo After the Inuit," garnered notice and allowed him to perform roughly 200 solo concerts from 1981-85. But by the end of the decade, Rothenberg wanted to translate these ideas into a group context: first, within the collective Semantics with guitarist Elliott Sharp and drummer Samm Bennett and then leading Double Band.

"While I can solo, I don't have to solo," he says. "I like to generate rhythm and when I improvise I like to be in the fabric of the music." The matched instrumentation of Double Band—two bassists, drummers and saxophonists—allowed Rothenberg to attempt more explicitly the phased rhythmic modulations often expressed in his solo music, whereby the two trios could play in different time signatures, elliptically moving together. The powerful band churned out Gordian knots of insistent grooves and contagious melodies from the leader and his foil, the late Thomas Chapin. "I am a player's composer: I always think my music will come off better if the players shine," Rothenberg says. "I want the players to be able to express themselves through those notes."

Band recordings. Along with Chapin, the other constant of the group was bassist/guitarist Jerome Harris, also a member of Rothenberg's latest trio, Sync. "Ned's composing kind of has, for me, a fascinating balance of elements," says Harris. It orchestrates coherent forms encompassing jazz improvisation and strong chromatic melodies. "There are also clear influences of other rhythmically intense and developed musics from elsewhere in the world," he adds. Both musicians share an openness to international music and are joined in Sync by Indian percussionist Samir Chatterjee, who also traverses traditional and contemporary creative music. 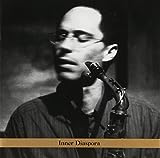 Whereas Double Band was electric and brash, Sync is acoustic and intimate. On their most recent recording Inner Diaspora (Tzadik, 2007), violinist Mark Feldman and cellist Erik Friedlander accentuated the melodic and harmonic capabilities of the trio. The intensely personal compositions reflect Rothenberg's contemplation of his Jewish identity, without relying on overt Jewish scales and melodies.

Perhaps not as prolific as his peers in numbers of recordings, Rothenberg is dedicated to their quality. He introduced his new label Animul to ensure control of the production values and distribution of his music. The debut double-CD Intervals (2002) documented the progression and refinement of his solo reed music: the atypical sounds he elicits from alto sax are striking on the cello-like portions of "A Leg Up".

In November he'll play at The Stone for Zorn's Improv night and in a new quartet with bassist Shanir Ezra Blumenkranz and drummers Harris Eisenstadt and Adam Rudolph. "It's going to be a blowing [group], which I don't do enough," Rothenberg says. Rothenberg will indulge his attraction to Korean music in December, playing at the Asia Society with a group including Korean musicians Yoonjeong Heo on geomungo (Korean zither), Kwon Soon Kang's voice and Choong Eun Han on Korean flutes, as well as cellist Friedlander and percussionist Satoshi Takeishi.

In the coming year, he'll premiere a new string quartet commission at the Brecht Forum coupled with his "Quintet for Clarinet and String Quartet #1," which premiered at Roulette last January. An upcoming Tzadik recording of this chamber music is planned and Rothenberg also hopes to work more with Fell Clutch and Sync.

From a career of striving to transcend creative boundaries, Rothenberg comfortably recognizes his voice. "There is joy in limitation. There is joy in the fact that you can't do everything," he muses. "Within your limitations is also your identity."