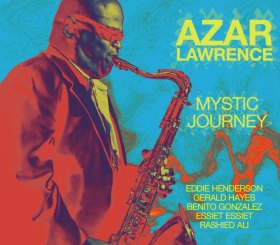 Ali passed away several months after these sides were recorded in April, 2009; in turn, Lawrence dedicated the album to the drummer's music and memory. "Walk Spirit, Talk Spirit," is one of several euphoric pieces that surges this album into the upper echelon of 2010 releases.

Atop Ali's shifty Latin-rock backdrop, Lawrence, trumpeter Eddie Henderson, and alto saxophonist Gerald Hayes execute resonating choruses when reformulating the primary theme. And they strike a flawless balance between melody making and improvisation, while launching into an invigorating swing vamp after the bridge. "Walk Spirit, Talk Spirit" depicts one of many absorbing works evidenced on Mystic Journey.