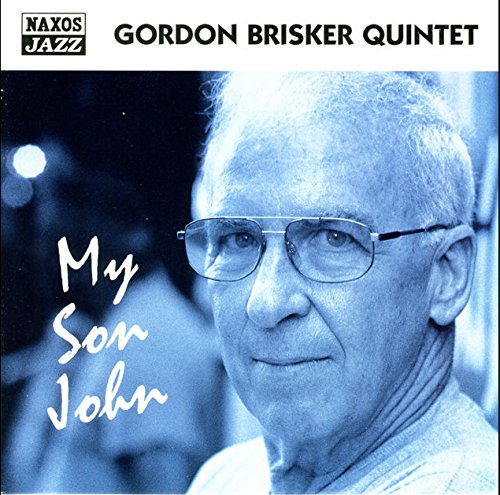 Gordon Brisker's first Naxos Jazz release, the inaugural shot for the label— The Gift (Naxos Jazz 86001, 1998) was a superb straight-ahead example of West Coast Post Bop. The present My Son John extends that sound, mostly thanks to the presence of musician and impresario Mike Nock. Where The Gift was a fairly mainstream fare, My Son John has an edgy, modern feel. No where on this disc does Brisker betray cool West Coast roots. This is searching and probing music, often looking for a spiritual center. Only the standard, "You Go To My Head" is played in a mainstream fashion. Tim Hagan's shows up again for The Gift, providing his much sought after brass support. Nock is his typically idiosyncratic self, always providing some of the most provocative piano played today. Brisker's tone and attack remain quietly virile and essential and My Son John serves as a fine follow-up to The Gift.

The Open Path; Here's Looking At You Kid; The Meaning Of The Blues; Farewell Princess; Impetus; My Son John; Wozzeck's Delimma; Witness; You Go To My Head (Total Time: 61:55).