Will Slater, a graduate of the New England Conservatory of Music, is an in-demand bassist, performing regularly in New York and New England.

In addition to teaching students of all levels.

He has performed at such venues as the Blue Note, Birdland, 55 Bar, Smalls, Minton's, Mezzrow, Cornelia Street Café, Scullers, the Regatta Bar, the Beehive, Wally’s, Jordan Hall, the Ryles Jazz Cub and the Lily Pad.

He has recorded with Jerry Bergonzi, the Kim Thompson Quartet, the Phil Grenadier trio, the Yoko Miwa trio, and the Joe Delaney trio. In 2009 he was a finalist in the Thelonious Monk competition. Will has also appeared internationally at such festivals as the Panama and Aspen jazz festivals and has toured in Japan, Colombia, and Eastern Europe in Poland, Czechoslovakia, and Hungary.

He is currently teaching at Umass Boston and enjoys teaching and sharing ideas with students in both the Boston and New York City areas.

From: Songs Of Joy
By Will Slater

From: Corners of the Sky
By Will Slater

From: Corners of the Sky
By Will Slater
Last Updated: February 26, 2021 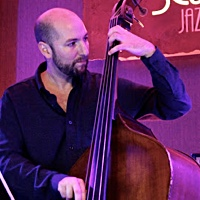 Help improve the Will Slater page

All About Jazz musician pages are maintained by musicians, publicists and trusted members like you. Interested? Tell us why you would like to improve the Will Slater musician page.