Philadelphia’s own, Wack Cheddar, brings the party to every show with their blend of classic, soulful funk and sophisticated modern jazz. The band draws inspiration from artists like James Brown, Lettuce, Wayne Krantz, and Led Zeppelin. The band was formed in 2017 by drummer John Venezia, who sought to create a musical collective of his friends from college and his hometown. The group includes some of Philadelphia’s and NYC finest musicians: Nathaniel Hawk (keyboards), Phil Anthony (Electric Bass), Nick LombardelliI (Trombone/Keyboards), Anthony Nigro (Alto Sax) and Joe Lockwood (Trumpet). The band has played notable music venues and festivals such as World Cafe Live, Milkboy, Musikfest, Rockwood Music Hall, Groove, Sofar Sounds, and many more. In 2019, the band released their debut E.P. “Who Cut The Cheese?” which is available on all streaming platforms. The band is continuing to write new music and coming up with new innovative ways to bring the party to every live show.

Wack Cheddar Philadelphia Jazz Funk Soul jazz fusion Funk
“Taking their cues from the heavies as well as the new torch-bearing jam/jazz leaders, Wack Cheddar is equal parts Tower Of Power and Snarky Puppy with some Lettuce to boot. They are a focused train of rhythmic drive with counter melodies of guitar, synth and keys to light the way, and a horn section definitely sounding off at every stop…” -Anthony Wayne from The Jamwich

“Blending elements of traditional funk, jazz, and even Motown, this song is a perfect way for the band to show off not only their eclectic style, but their masterful musical chops as well” - Kyle DiRaddo from Jamwich Band Reviews 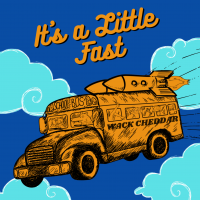 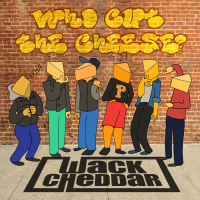 Who Cut The Cheese

It's a Little Fast

From: It's A Little Fast (Single)
By Wack Cheddar

All About Jazz musician pages are maintained by musicians, publicists and trusted members like you. Interested? Tell us why you would like to improve the Wack Cheddar musician page.