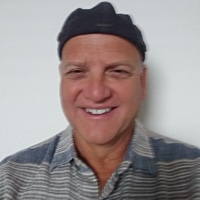 Tom is a musician/songwriter presently on piano/keyboards/chromatic harmonica and vocals. He is a native of Canada, born in Kitchener, Ontario. He has a Masters engineering degree and is self-taught on all things music. Having lived for over 20 years in the US, he now resides in Arizona.

"I started out playing mostly folk and blues harmonica, with piano joining in on whatever I could figure out, and of course singing everyone else's lyrics eventually drove me to write my own. Then the chromatic harmonica just blew everything wide open for me - there's a whole big world of music out there waiting to explore! I think in hindsight it was only natural that I would eventually expand into jazz and uninhibited musical journeys."

Four earlier albums, recorded in Canada 1994-1996, are available on Tom's website. The last of those, Songs and Sounds (double album), basically started the focused trend of mostly solo piano with chromatic harmonica.

"My compositions recently are still primarily instrumentals, but on each album I like to add some song lyrics only if the piece feels right for it. Both chromatic harmonica and piano have developed side by side for me thru the years, if anything my freed up approach on piano has been mostly influenced by my unrestrained chromatic playing spirit".

"Right now I am probably the most comfortable I have ever been regarding what I wish to create, as I primarily focus only on my own originals. Including keyboard synthesizers on my last 3 albums has been surprisingly refreshing, as I never realized just how much fun it would be to play other instrument and percussion parts, and the dimensions they would add to my otherwise solo compositions!"

"I have a happy content joy with my recent 3 albums. Saguarium celebrated the inspirations I had living in the southwest US desert region for over 10 years. When you live somewhere for awhile, and all your experiences and memories and visuals build up inside, everything on Saguarium just seemed to flow out so naturally from that source. In Me was the post-Saguarium introspective in hindsight, tunes that started appearing as mementos even during Saguarium, and then seemed to all fit together into a final relaxed tempo. Then Mindsweeper (double-album) just took me to the outer branches, a free spirited approach spontaneously recorded without any prestructuring, and yet appeared to gain form when final layers of percussion and other instrumentals were added".

Free Tracks on All About Jazz: Its Always On (from Mindsweeper)....about how a soul mate's love never ends. .Thanks Henry (from In Me)....ode to Henry Butler. Show less 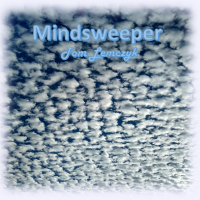 From: In Me
By Tom Lemczyk

All About Jazz musician pages are maintained by musicians, publicists and trusted members like you. Interested? Tell us why you would like to improve the Tom Lemczyk musician page.