Despite critical acclaim as a performer, the rootsy singer/songwriter T Bone Burnett earned his greatest renown as a producer, helming recording sessions for acts ranging from Roy Orbison and Elvis Costello to Counting Crows and Sam Phillips. Born Joseph Henry Burnett on January 14, 1948, in St. Louis, MO, he grew up in Fort Worth, TX, soaking in the area's indigenous blend of blues, R&B, and Tex-Mex sounds. Instead of attending college, he opted to open his own Fort Worth recording studio, while also performing in a series of blues bands; in the early '70s he relocated to Los Angeles, producing sessions for Glen Clark and Delbert McClinton.

After recording his own 1972 debut, The B-52 Band & the Fabulous Skylarks, Burnett toured with Delaney & Bonnie before befriending Bob Neuwirth, a singer/songwriter known for his ties to Bob Dylan. Three years later, Dylan invited Burnett to play guitar on his Rolling Thunder Revue tour. After the Revue concluded, he and fellow Rolling Thunder alumni Dave Mansfield and Steve Soles founded the Alpha Band, releasing their eponymous debut in 1977. Spark in the Dark followed later that year, and like its predecessor failed to find commercial favor; when 1978's Statue Makers of Hollywood met a similar fate, the Alpha Band split, and Burnett returned to his solo career. He resurfaced in 1980 with the acclaimed Truth Decay, which, like all of his solo work, found its lyrical center in his spiritual concerns. A move to Warner Bros. followed for 1982's Trap Door EP, and 1983's full-length Proof Through the Night featured guests Pete Townshend, Ry Cooder, and Richard Thompson. Still, commercial success eluded him, and so he continued working as a producer, overseeing highly regarded records like Los Lobos' How Will the Wolf Survive?, Marshall Crenshaw's Downtown, and the BoDeans' Love & Hope & Sex & Dreams.

After recording a self-titled 1986 solo effort, Burnett agreed to produce The Turning, an album for the successful Christian pop singer Leslie Phillips. The album won wide acclaim even from secular outposts, but it was to be Phillips' last overtly religious release; instead, she began performing under her nickname, Sam, and with Burnett's aid landed a deal with the Virgin label for 1987's acclaimed The Indescribable Wow. Prior to recording her 1991 LP, Cruel Inventions, Phillips and Burnett wed, and he remained in the producer's seat for her later efforts, including 1994's Martinis & Bikinis and 1996's Omnipop. Despite his additional success manning albums like Elvis Costello's masterful 1986 effort King of America as well as producing the star-studded 1987 Roy Orbison tribute Black & White Night, Burnett continued his solo career; like earlier efforts, 1988's The Talking Animals won raves from the press but failed to find an audience outside of his devoted cult following. His output dwindled as his production work increased, and only in 1992 did he release a follow-up, the Spartan Criminal Under My Own Hat. Instead, Burnett remained one of the most prolific and distinctive producers of his day, crafting successes like Costello's Spike, Counting Crows' August and Everything After, the Wallflowers' Bringing Down the Horse, and Gillian Welch's Revival.

Burnett's public profile took a huge leap in 2001 when he served as composer and music producer for the Coen Brothers' film O Brother, Where Art Thou? as well as producing the soundtrack album from the film, which became somewhat of a cultural phenomenon, selling close to nine million copies and earning Burnett four Grammys. He partnered with the Coen Brothers to form DMZ Records in 2002, and the label has released several soundtrack albums either produced or executive produced by Burnett, including Cold Mountain, A Mighty Wind, Crossing Jordan, and The Ladykillers. Burnett finally released an album of new original material, The True False Identity, in 2006 on Sony, which that same year also released a 40-song retrospective set spanning Burnett's entire career, Twenty Twenty: The Essential T Bone Burnett. Tooth of Crime followed in 2008 on Nonesuch Records.

January 27, 2004, Burnett was nominated for an Academy Award, along with Elvis Costello in the category of Best Original Song for "Scarlet Tide" from the film, Cold Mountain.

On March 7, 2010, Burnett and Ryan Bingham won an Academy Award for Best Original Song for "The Weary Kind" from Crazy Heart.

January 15, 2010, Burnett and Ryan Bingham were awarded the prize for Best Song at the 15th annual Critics Choice Awards. The awards are bestowed annually by the Broadcast Film Critics Association to honor the finest in cinematic achievement. Burnett and Bingham won the award for writing "The Weary Kind" from Crazy Heart.

December 10, 2009, Burnett was presented with the Frederick Loewe Award for Film Composing, for his work on Crazy Heart, at the Palm Springs International Film Festival.

January 17, 2010, Burnett and Ryan Bingham were awarded a Golden Globe in the category of Best Original Song for "The Weary Kind" from Crazy Heart.

January 7, 1993, Burnett was nominated for a Grammy in the category of Best Contemporary Folk Album for The Criminal Under My Own Hat.

February 27, 2002, Burnett won four Grammys for his work on the soundtrack to O Brother Where Art Thou, in the categories of Album of the Year, Best Traditional Folk Album and Best Compilation Soundtrack Album for Motion Picture, Television or Other Visual Media.

He was also awarded the Grammy as Producer of the Year, Non-Classical.

February 23, 2003, Burnett won a Grammy in the category of Best Traditional Pop Vocal Album for his work on A Wonderful World from Tony Bennett and k.d. lang.

February 8, 2006, Burnett won a Grammy in the category of Best Compilation Soundtrack Album for a Motion Picture, Television or Other Visual Media, for his work on Walk The Line.

February 8, 2009, Burnett was awarded Grammys for Album of the Year and Best Contemporary Folk Album for his work on the Robert Plant and Alison Krauss album, Raising Sand

December 2, 2009, Burnett was nominated for a Grammy in the categories of Best Contemporary Folk Album and Producer of the Year, Non-Classical, for his work on Elvis Costello's Secret, Profane & Sugarcane.

January 16, 2010, Burnett and his longtime friend and collaborator on Crazy Heart, Stephen Bruton, were awarded Best Music Score honors for their work on that film by The Los Angeles Film Critics Association at their 35th Annual Awards Ceremony.

December 20, 2009, Burnett won a Satellite Award from the International Press Academy in the category of Original Song for writing "The Weary Kind", from Crazy Heart, with Ryan Bingham.

T Bone Burnett: New Artists Should "Stay Completely Away from the... 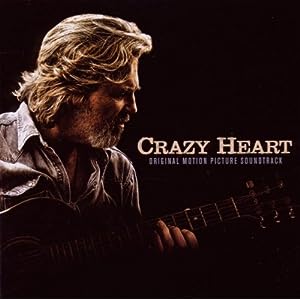 All About Jazz musician pages are maintained by musicians, publicists and trusted members like you. Interested? Tell us why you would like to improve the T Bone Burnett musician page.