A major jazz and swing singer, Susie Meissner always seems to have a smile in her voice. In addition to her very appealing tone and impeccable musicianship, the enthusiasm that she displays when she performs is infectious. She always swings and is an excellent improviser yet the lyrics that she interprets are very important to her. "When I perform a song," says Susie, "I want to express the emotions of the words so the listener is experiencing the lyrics the way that the writer intended. I'm never casual about the lyrics." Her skill at reviving and revitalizing classic songs is very much in evidence throughout her finest recording, Tea For Two.

Since the New York-based Susie Meissner also performs regularly in Philadelphia, particularly at Chris' Jazz Café, for her latest recording she decided to feature some of Philly's best jazz musicians along with a few guests. Heard along the way are such greats as tenor-saxophonist Larry McKenna (a Philadelphia legend), valve trombonist John Swana, trumpeter Freddie Hendrix, guitarist Paul Meyers and clarinetist Ken Peplowski plus the superb rhythm section of pianist John Shaddy, bassist Lee Smith and drummer Dan Monaghan.

There are many highpoints to Tea For Two. The title cut displays the singer's beautiful voice at a slow tempo (her long tones are special) and is a very intimate and exquisite performance with Ken Peplowski. "It was complete magic when Ken was there. Recording 'Tea For Two' with him was a moving experience." Such songs as "Mean To Me" "Just You, Just Me" (a duet with bassist Smith), the touching "Guess I'll Hang My Tears Out To Dry" and a fetching "Crazy He Calls Me" are among the many other highlights. "Laura" has particularly beautiful ballad singing along with an atmospheric solo by John Swana on the EVI (electronic valve instrument). "Moonlight Saving Time" (recorded by Blossom Dearie and back in the 1930s by Annette Hanshaw) is both obscure and charming while the closing medley of two Irving Berlin songs ("Say It Isn't So" and "Always") finds the singer being quietly emotional. "I love all of these songs which are very much of the moment while being timeless."

"As a child I was always singing," remembers Susie. Her grandmother played stride piano and her family was very fond of show tunes. "My grandmother's sheet music with beautiful works of illustrated cover art caught my attention. I also explored the records in my grandfather's New Orleans collection early on." Susie, who grew up in Buffalo, had piano and vocal lessons and sang in school choirs and musicals. She became interested in jazz after seeing performances by guitarist Kenny Burrell, pianist Earl Hines and singer Nancy Wilson. When she was 17, Susie became a professional singer, performing the music from shows such as Hello Dolly and Anything Goes in regional and dinner theater. She learned a countless number of songs from the Great American Songbook (Irving Berlin, Lerner & Loewe, Frank Loesser and Cole Porter became some of her favorite composers) and gained experience performing jazz in nightclubs.

After college, Susie Meissner moved to New York City, determined to make it in the singing world. "I couldn't get it out of my system." In 2009 she made her recording debut with I'll Remember April, an impressive outing that teamed her with the great trumpeter Brian Lynch. "Brian is such a sensational player and he cared enough to make sure that the recording came out right." Susie's follow-up release I'm Confessin' featured trombonist Wycliffe Gordon on several of the selections. "We did a lot of the music in just one take. Wycliffe is a wonderfully spontaneous person and a jazz giant. He was so inventive and enthusiastic, a great person to work with. I featured my regular New York rhythm section (pianist John Shaddy, bassist Dean Johnson, and drummer Tim Horner) and several guests." In addition, in recent years Susie has worked with trumpeter Joe Magnarelli, bassist Martin Wind and drummer Matt Wilson, performing in New York City jazz clubs.

"I am living my musical dream, learning, performing, and recording songs that mean a lot to me and, I hope, to listeners." Now, with the release of Tea For Two, Susie Meissner is on the brink of greater success. Her irresistible and inviting singing, the way that she caresses ballads, her deep understanding of the lyrics that she sings and, most of all, that smile in her voice, make her one of today's top interpreters of the Great American Songbook.

“Might as well confess! Susie Meissner can really sing!" Jazz Inside NY

"Shows off Meissner’s warm alto at its swinging fullest.” All About Jazz

A gifted stylist of the jazz idiom... this is simply a top notch, sophisticated and heartfelt gig.” Grady Harp, LA

"picks at the essence of a song, but with insight and excellent diction." The International Association of Jazz Record Collectors (IARJC Journal), 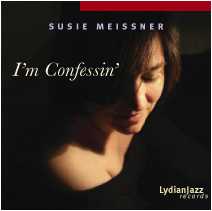 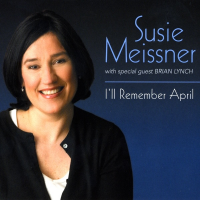 From: I Wish I Knew
By Susie Meissner 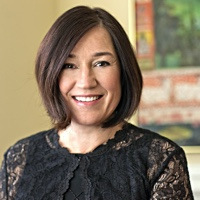 All About Jazz musician pages are maintained by musicians, publicists and trusted members like you. Interested? Tell us why you would like to improve the Susie Meissner musician page.