Shawn McGowan is an Indianapolis based pianist, keyboardist, composer, arranger, and educator. Shawn studied at the Jacobs School of Music under the tutelage of David N. Baker and Luke Gillespie, earning a B.A in Jazz Studies, a minor in instrumental and choral conducting, and the prestigious Performer’s Certificate. In 2013, Shawn won first prize for Best Musical Score in the National Campus Movie Festival screened in Hollywood and Paris, France. From 2015- 2016 he served as the Associate Instructor of Jazz Piano for the Jacobs School of Music and as a piano instructor for the IU Young Pianists Program. He recently released his debut album, SHADES, and is currently touring nationally and internationally with Party Crashers. Shawn has performed with Bobby McFerrin, Trace Adkins, Darmon Meader of the New York Voices, Janis Siegel of the Manhattan Transfer, the Jamey Aebersold Quartet, and has shared the stage with the likes of The Temptations, Harry Connick Jr., Brett Michaels, Flo Rida, The Glenn Miller Orchestra, Trombone Shorty, and Biz Markie. 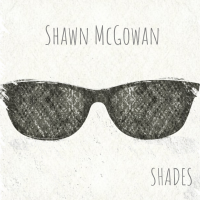 All About Jazz musician pages are maintained by musicians, publicists and trusted members like you. Interested? Tell us why you would like to improve the Shawn McGowan musician page.