Ray Nance was a multi-talented individual. He was a fine trumpeter who not only replaced Cootie Williams with Duke Ellington's Orchestra, but gave the "plunger" position in Duke's band his own personality. In addition, Nance was one of the finest jazz violinists of the 1940s, an excellent jazz singer, and even a dancer.

He studied piano, took lessons on violin, and was self-taught on trumpet. After leading a small group in Chicago (1932-1937), spending periods with the orchestras of Earl Hines (1937-1938) and Horace Henderson (1939-1940), and a few months as a solo act, Nance joined Duke Ellington's orchestra. His very first night on the job was fully documented as the band's legendary Fargo concert. A very valuable sideman, Nance played a famous trumpet solo on the original version of "Take the 'A' Train" and proved to be a fine wa-wa player; his violin added color to the suite "Black, Brown and Beige" (in addition to being showcased on numerous songs), and his singing on numbers such as "A Slip of a Lip Will Sink a Ship" and "Tulip or Turnip" was an added feature.

Nance is also one of the well-known vocalists from the Ellington orchestra, having sung not the first version (that credit goes to Ivie Anderson), but arguably the definitive version of "It Don't Mean a Thing (If It Ain't Got That Swing)." It was his contribution to take the previously instrumental horn riff into the lead vocal, which constitute the now infamous, "Doo wha, doo wha, doo wha, doo wha, yeah!" He was often featured as vocalist on "Jump for Joy," "Just A-Sittin' and A-Rockin'" and "Just Squeeze Me (But Please Don't Tease Me)".

Nance was with Ellington with few interruptions until 1963; by then the returning Cootie Williams had taken some of his glory. Nance made a few recordings as a bandleader, and also recorded or performed with Earl Hines, Rosemary Clooney and others. The remainder of Nance's career was relatively insignificant, with occasional small-group dates, gigs with Brooks Kerr and Chris Barber (touring England in 1974), and a few surprisingly advanced sideman recordings with Jaki Byard and Chico Hamilton. 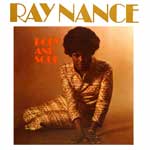 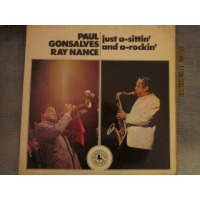 All About Jazz musician pages are maintained by musicians, publicists and trusted members like you. Interested? Tell us why you would like to improve the Ray Nance musician page.