Paul Thibodeaux (drums) was born in Southeast Louisiana. Raised on Cajun music, Paul received his Bachelor’s Degree in Jazz Studies at the University of New Orleans. He was a student at the New Orleans Center for Creative Arts (NOCCA). He has studied under drummers Johnny Vidacovich, Ed Petersen and the legendary Alvin Batiste.

Thibodeaux is the driving percussive force behind the Renaissance of the sound of the Dukes of Dixieland®. Prior to joining the DOD, Paul has worked with and continues to work with many New Orleans musicians including Cliff Hines, Rick Trolsen, James Singleton, Steve Masakowski, George French, Don Vappie, and vocalists Sasha Masakowski and Aurora Nealand.

He teaches percussion at the Thibodeaux School of Music, several other New Orleans schools and the Contemporary Arts Center.

He has toured in Germany, Honduras and Japan. While on tour with Satoru Ohashi, one of Paul’s teaching highlights was teaching drum students in Sendai, Japan, after the tsunami of 2011.

Paul is a graduate of the University of New Orleans (UNO). The Thibodeaux School of Music in New Orleans offers private lessons for students six years and older in multiple instruments. 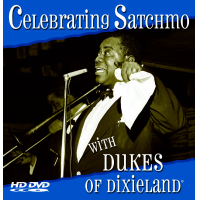 All About Jazz musician pages are maintained by musicians, publicists and trusted members like you. Interested? Tell us why you would like to improve the Paul Thibodeaux musician page.