"I come from a family of painters, writers, actors, designers, and singers, so I guess a passion for expressing myself is in my blood." This passion of Opie Bellas, a jazz singer and so much more, has grabbed the attention of producers, bookers, and fans around the world. The packed concert halls in Capetown, South Africa, where Opie performed in 2004 and 2006 are evidence of this. The producer of these concerts, had heard of Opie, listened to her CDs and fell in love with her style. She proved to be such a success with her appearances at Jazz at the Nassau in 2004 that Jeannet insisted she return the following year. She'll return again in 2007 under the auspices of the Jazz Foundation and perform with the Johannesburg String Orchestra and the University of Cape Town Big Band in both Johannesburg and Cape Town, South Africa. Ms Bellas has performed in the Kool Jazz Festival, Mellon Jazz Festival, and In 2003 she performed at the Queensland (Australia) Jazz and Arts Festival. Her jazz travels have also taken her to Vals, Switzer- land, and to Osaka, Fukai, and Kanzawa, Japan. A singer just doesn't pop into these cities and ask, "Hey, have you got any gigs for me?" What is instead at work in Opie Bellas' international career is the effort she has made to establish a reputation as a jazz singer people want to pay attention to. This effort began at Duquesne University in Pittsburgh, where Opie trained as a classical vocalist. "I learned how powerful the human voice can be in expressing the full range of emotions. When technique and heart come together, that's what singing is all about for me." Listen to her CD "How Do You Keep the Music Playing" for example, and you will hear a singer gifted with both delectable phrasing and feeling. Her CD "Faces" was produced by and recorded at the Grammy Award winning Manchester Craftsmen's Guild and went on to hit the Top 50 on the JazzWeek charts in the United States.

I have a Bachelors degree in Music Education. Master Classes given at Queensland Conservatory in Australia, University of Cape Town in South Africa. I teach privately from my music studio in Oakland California and my rates are flexible, depending on student/parent income. Beginning Piano, and all levels of voice, sight reading, and transposition. 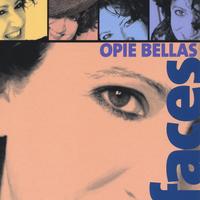 All About Jazz musician pages are maintained by musicians, publicists and trusted members like you. Interested? Tell us why you would like to improve the Opie Bellas musician page.