Mississippi John Hurt was a blues musician known for his unique fingerpicking technique and soft-spoken songs that combined gospel inspiration and an acoustic folk sound. He was first recorded in 1928, but was forgotten until the early 1960's, when he was embraced by a new generation of blues aficionados and musicians alike.

Born July 3, 1893, in Teoc, Mississippi, Hurt and his family moved in 1895 to Avalon, a town on the edge of Mississippi's hill country. He dropped out of school at the age of nine to begin working as a farmer. In 1902, Hurt picked up the guitar, a $1.50 "Black Annie" his mother bought him. Self-taught, Hurt developed a distinctive three-finger style that bears no resemblance to other area musicians. He also developed proficiency with the harmonica but was always a self-accompanied musician. Unlike Furry Lewis and Memphis Minnie, Hurt refused an offer to accompany a traveling medicine show, preferring to stay close to home.

Hurt played solo at local parties where his fluid yet highly syncopated guitar style made him a favorite among Carroll County dancers. His fame was localized, however; it was not until 1912 that he started playing parties around Jackson, Mississippi, 103 miles from his native Avalon. While Hurt worked mostly outside music as a farmer and laborer, his musical reputation among whites as well as blacks led to his first recording session in Memphis in 1928. Willie T. Narmour and Shell W. Smith, two white country musicians from Carroll County, recommended him to their record producer, Tommy Rockwell.

Hurt recorded eight sides for the Okeh label, two of which were released and sold well: "Frankie" and "Nobody's Dirty Business." In Memphis for the same recording session was St. Louis guitarist/pianist Lonnie Johnson, and Hurt later recalled that Blind Lemon Jefferson and Bessie Smith were also in town. He saw none of these famous musicians play but instead returned home to Avalon. Okeh called Hurt to New York City for another session in December 1928, where he cut twelve additional sides, including "Avalon Blues." Again, Hurt returned home to Avalon to farm and play music for local parties.

These two sessions were the extent of Hurt's recording before the Great Depression curtailed record sales. His graceful picking, gentle crooning, and homespun lyrics marked him as an exceptionally talented musician. The preponderance of songs about legendary figures in his repertoire ("Casey Jones," "Frankie," "Stack O'Lee Blues") and the lack of then-modern blues influences on his style, establish Hurt as a link between the nineteenth and twentieth centuries. Okeh originally designated two of his songs "Old Time Music," an appellation reserved for the label's hillbilly series. This, together with the fact that white musicians were familiar with and recommended his musicianship, suggests strongly that Hurt's music sprang from a common source that produced blues and country music.

Hurt lived a quiet life as a farmer and laborer, playing occasional parties and fish fries until 1963. He was rediscovered in Avalon, a consequence of having named it as his hometown in a record made thirty-five years before. Hurt enjoyed great popularity during the blues revival of the 1960s, making television appearances, playing folk festivals, and recording albums. His mid ‘60’s sessions for Vanguard are highly regarded as prime examples of pure Delta Blues.

Hurt's dexterity as a guitarist, coupled with his plain-spoken nature, took away from his following as a popular blues artist, at the time. His playing was too soft and articulate, and his voice too plain to be appreciate in a large setting, such as a dance; his music was best heard in small, intimate gatherings. His excellent guitar playing and his gentle, home-spun folk style, full of good humor and unlike that of any other Delta bluesman, brought him three years of stardom at the end of his life. Mississippi John Hurt left behind a legacy unique in the annals of the blues, and not just in terms of music. A humble, hard-working man who never sought fame or fortune from his music, and who conducted his life in an honest and honorable manner, he also avoided the troubles that afflicted the lives of many of his more tragic fellow musicians.

He felt no bitterness over his late-in-life mass success, and as a result continued to please and win over new listeners with his recordings until virtually the last weeks of his life. He actually retired from the music business because of the legal entanglements of his new career. Nothing he ever recorded was less than inspired, and most of it was superb.

No blues singer ever presented a gentler, genial image than Mississippi John Hurt. He was a beautiful human being, father, grandfather, church member, and gentleman who died peacefully on November 2, 1966. Mississippi John Hurt's grave is located outside his hometown of Avalon, Mississippi. Show less 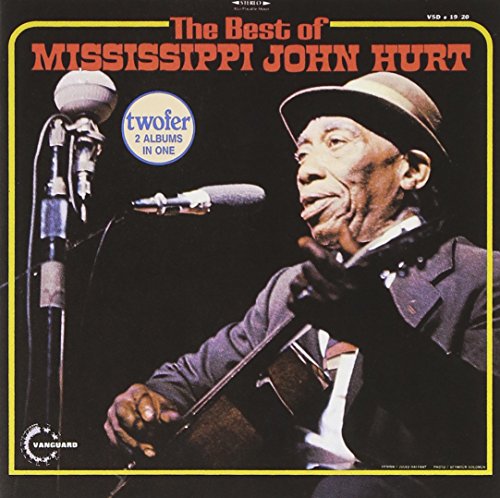 All About Jazz musician pages are maintained by musicians, publicists and trusted members like you. Interested? Tell us why you would like to improve the Mississippi John Hurt musician page.