Mike McKoy is a former member of the National Youth Theatre of Great Britain with professional experience in musical theatre. He has performed in six European countries and aboard the Majesty of the Seas for Royal Caribbean Celebrity Cruises.

He made his debut at London’s Ronnie Scott's club opening for Elvin Jones Jazz Machine. Reviewing a show at London's 606 club for The Guardian newspaper, John Fordham later wrote that “Mike McKoy made a powerful impression opposite Elvin Jones”, and described the show as “a performance of bold coolness, which grew in stature as the battle with a noisy packed house increasingly went McKoy's way.” 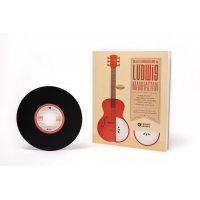 All About Jazz musician pages are maintained by musicians, publicists and trusted members like you. Interested? Tell us why you would like to improve the Mike McKoy musician page.