Born and raised near Chicago, in Elmhurst, IL, Mike became interested in jazz at age 12 after being introduced to George Benson by his guitar teacher at Perry’s Music in Villa Park, IL. In high school he performed the York High School Jazz Band, directed by Kurt Merrill, which inspired him to pursue jazz guitar as a career. He enrolled at Northern Illinois University, where he studied with Bobby Roberts and Fareed Haque. After earning a B.M. in Jazz Performance in 1991 Mike spent two years in Cincinnati, Ohio, spending many nights hanging with local guitar greats Cal Collins and Kenny Poole. In 1994 he returned to Chicago and quickly became part of the city’s growing jazz scene.

Performing credits include 1997-2012 with the late tenor sax legend Von Freeman at his famous Tuesday night gig at the New Apartment Lounge. Mike toured with Von to Berlin in 2002, which was released as Vonski Speaks on Nessa Records in 2009. He can also be heard on Von Freeman’s 2002 release The Improvisor on Premonition Records. Other highlights include 1996-1997 with organ great Charles Earland, 1995-1999 with tenor saxophonist Lin Halliday, appearances from 1997-1999 with organ master Lonnie Smith, 1998-2002 with tenor saxophonist Ron Dewar, a 2005 performance in Philadelphia with Von Freeman and drumming legend Mickey Roker, a 2006 performance with Von Freeman and drum-master Jimmy Cobb, and in 2008 with alto saxophonist Steve Coleman. Mike toured to Poznan, Poland in 2010 to perform with fellow Chicago guitarists Bobby Broom and Jeff Parker. The Jazz Institute of Chicago along with the Chicago Cultural Center commissioned him to arrange Von Freeman’s original compositions for a 10-piece ensemble, featured in the summer of 2011 for the Made in Chicago concert series at Millennium Park with special guests Eric Alexander, Julian Priester, and Steve Coleman. Later that same year, he travelled again to Poznan to perform an original 4-part suite dedicated to Von Freeman written for a 9-piece group. In 2014, drumming legend Bernard Purdie joined Mike and George Freeman for a weekend at the Green Mill in Chicago.

In June of 2013 Mike completed a Master’s degree in Jazz Studies from Northwestern University under the direction of saxophonist and clarinetist Victor Goines. He is currently in the coursework phase at the University of Chicago in the Ph.D program for ethnomusicology.

Voted best jazz soloist by the readers of the Chicago Reader, 2008.

Mike Allemana guitar
“Allemana is a hard-driving, deep-listening guitarist with a gorgeous tone, one of the brightest and most dedicated talents on the Chicago jazz scene.” -Michael Jackson, Downbeat

“Mike Allemana….is an immensely gifted player with a deep harmonic bag and a grounded sense of adventure.” Chicago Reader 2009.

Since 1998 jazz instructor at Old Town School of Folk Music in Chicago. 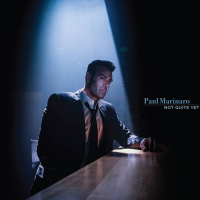 All About Jazz musician pages are maintained by musicians, publicists and trusted members like you. Interested? Tell us why you would like to improve the Neal Alger musician page.