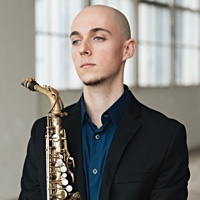 A distinctive jazz artist will reflect the ingenuity of the tradition while presenting a fresh voice that is current, relevant and exhilarating. Michael Hudson-Casanova succeeds in every respect.

Michael Hudson-Casanova is a multi-instrumentalist, composer, improviser, and educator originally from Sterling Heights, MI and currently residing in Chicago. He holds degrees from Western Michigan University and Temple University in jazz studies and music education, and has been working professionally in a variety of musical settings since 2010.

Hudson-Casanova has studied saxophone, jazz, and composition under Dick Oatts, Andrew Rathbun, Edward Simon, Ben Schachter and Norman David, and has had opportunities to perform with renowned artists like Fred Hersch and Billy Hart. He has received numerous awards, scholarships, and grants, most recently an individual artist grant from Chicago’s Department of Cultural Affairs and Special Events to release a new recording of original music.

Hudson-Casanova released his debut album as leader, Echoes of Thought, in 2021, which has been praised as “…an exceptional record by a killer band,” by All About Jazz. He has also released interdisciplinary projects which combine improvisation across music and dance. His 2020 project under the name Crosscurrents Ensemble features another strong Philadelphia-based band playing original music.

A consistent educator, Hudson-Casanova has maintained a private studio of instrumentalists of all ages for ten years. He has produced many of his own teaching materials, and several of his students have gone on to pursue music careers of their own. He has also guested as a clinician at Mott Community College and several high school programs around the country.

From: Echoes of Thought
By Michael Hudson-Casanova 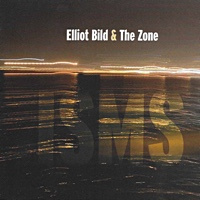 From: ISMS
By Michael Hudson-Casanova

All About Jazz musician pages are maintained by musicians, publicists and trusted members like you. Interested? Tell us why you would like to improve the Michael Hudson-Casanova musician page.