Hudson River Jazz Collective features vocal soloists accompanied by a single archtop guitar, modeled after the style of Joe Pass and Ella Fitzgerald. The music is classic: Selections from the great American songbook. Our vocalists are some of the finest jazz singers from Hudson Valley.It is such a pleasure for us at Hudson River Jazz Collective to announce the addition of Elli Fordyce to our list of singers.

Originally from Manhattan, Elli is a highly accomplished vocalist as well as actress. She's performed all over the New York Metro area and throughout North America. Ms Fordyce’s Cd’s have been widely acclaimed and received pre grammy attention in six different categories. (Her CD’s are available on iTunes) Information regarding Elli Fordyce and where her music is available can be found on her website: http://www.ellifordyce.net.

Vocalist Shannon Early hails from Long Island and has performed at venues from New York City, the Hamptons to her home in the Hudson Valley. Shannon holds a Music Therapy from New Paltz, with a concentration in Jazz Performance. Her biography can be found at shannonearly.com.

The musical journey for Jim Wegrzyn started at age 9 with clarinet lessons in public school and concluded with a music education degree from the College of St. Rose. Jim is an accomplished bassist, multi instrumentalist as well as a fine vocalist and has performed extensively all over the US. Information regarding Jim’s latest band can be obtained here: https://www.fishbowltheband.com/

The accompanist for HRJC, guitarist Bill Cash, is a North Country native and a retired instrumental music teacher from Catskill New York. Performing primarily as a solo guitarist in the Champlain and Hudson Valleys of New York, the opportunity to work with multiple vocalist over the years lead to his formation of the Hudson River Jazz Collective. 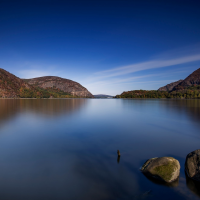 All About Jazz musician pages are maintained by musicians, publicists and trusted members like you. Interested? Tell us why you would like to improve the Hudson River Jazz Collective musician page.