Fred Tompkins was born in St. Louis in 1943. After high school he played tenor saxophone in and around his home town for several years before beginning the formal study of music at the St. Louis Insitute of Music, in 1964. By this time his strongest influences were jazz artists such as John Coltrane, Art Blakey, and the Jazz Messengers and the M.J.Q., and classical composers such as Paul Hindemith and Béla Bartók. His earliest compositions, as originally recorded on the album, Compositions of Fred Tompkins, showed a natural tendency to combine those genres into his own style. Some of the pieces tended to exploit a dramatic contrast between genres, but soon the transitions became smoother and the styles more synthesized. The best of those early pieces and the best pieces from his subsequent and more fully developed album of 1975, Somesville, can now be heard on the compilation CD, FANFARE 8, The Early Works. [NOTE: The videos uploaded on AAJ represent Tompkins' free improv style of performance; to hear samples of his compositions, please visit the CD page on his website: http://www.tompkinsjazz.com/albums/index.php] In 1967, Tompkins moved to New York City and began writing music which would involve the drumming of Elvin Jones and horn playing of Joe Farrell, Jimmy Owens and many other great musicians. Ultimately recorded, this music was reviewed favorably in such magazines as Down Beat, Jazz Forum and Ear Magazine. Radio airplay sometimes included interviews, and frequent performances were given in New York and occasionally in St. Louis under the direction of the local presenting organization, New Music Circle. By 1976, Tompkins had developed his own style and technique of composition. His harmonies and melodies would express the kind of variety, color and density found in modern classical music. His forms varied widely but were strictly controlled, yet the underlying jazz rhythms, propelled by drummers Elvin Jones or Rick Cutler, gave the music a sense of drive and urgency. Also at about this time, he became involved with vocal writing. He set the poetry of E. E. Cummings and Emily Dickinson to music, but with his own rhythmic conception. His full scale instrumental works during this period became longer and yet able to maintain formal cohesion over a more extended period of time. In 1990, married and with two children, he returned to St. Louis where he is now busier than ever - composing, leading his own groups, recording and performing with local musicians, serving on the board of the New Music Circle and announcing on local radio shows.

"Tompkins' music is a joy!" DownBeat Magazine "Successful at combining the special 'feel' of jazz and rock with contemporary composition" Ear Magazine "The most creative and interesting music that I have heard." Bill Barton, NPR 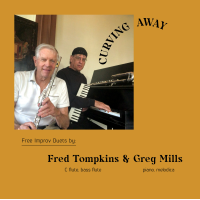 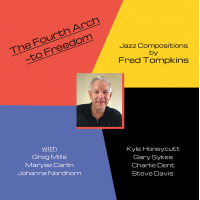 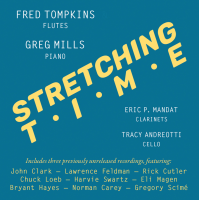 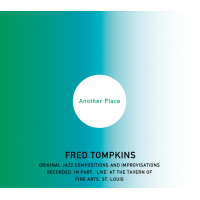 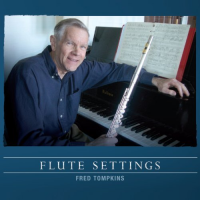 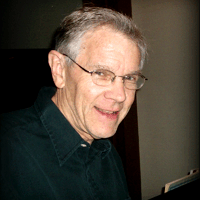 All About Jazz musician pages are maintained by musicians, publicists and trusted members like you. Interested? Tell us why you would like to improve the Fred Tompkins musician page.