Ennio Morricone was born in Rome on 10 November 1928. His long artistic career includes a wide range of composition genres, from absolute concert music to applied music, working as orchestrator, conductor and composer for theatre, radio and cinema. In 1946, Ennio received his trumpet diploma and in 1954 he received his diploma in Composition at the Conservatorio di Santa Cecilia under the guidance of Goffredo Petrassi. He wrote his first concert works at the end of the 1950s, then worked as arranger for RAI (the Italian broadcasting company) and RCA-Italy. He started his career as a film music composer in 1961 with the film Il Federale directed by Luciano Salce. World fame followed through the Sergio Leone westerns: A Fistful of Dollars (1964), For a Few Dollars More (1965), The Good, The Bad and The Ugly (1966), Once Upon a Time in The West (1968) and A Fistful of Dynamite (1971).

During his long career, Ennio Morricone has also received many awards. As well as the Golden Lion and the honorary Oscar he was awarded in 2003, he has been presented with eight Nastri D’argento, five BAFTAs, five Oscar nominations, seven David Di Donatellos, three Golden Globes, one Grammy Award and one European Film Award. In 2009, the then President of the French Republic, Nicolas Sarkozy, also signed a decree appointing Morricone to the rank of Knight in the Order of the Legion of Honor.

In the recording field, Morricone has received 27 gold discs, seven platinum discs, three Golden Plates and the Critica discografica award for the music of the film Il Prato. The soundtrack from the film The Good, The Bad and The Ugly was inducted into the Grammy Hall of Fame in 2009 while Morricone himself was awarded the prestigious Polar Music prize the following year.

His more recent works include scores for the television series Karol and The End of a Mystery, 72 Meters and Fateless. In the 21st century, Morricone’s music has been reused countless times for television and in movies including Quentin Tarantino’s Kill Bill (2003), Death Proof (2007), Inglourious Basterds (2009) and Django Unchained (2012). In 2007, Morricone received the Academy Honorary Award “for his magnificent and multifaceted contributions to the art of film music”.

In November 2013, he began a world tour to coincide with the 50th anniversary of his film music career and performed in locations such as the Crocus City Hall in Moscow, Santiago, Chile, Berlin, Germany (O2 World), Budapest, Hungary, and Vienna’s Stadhalle. On 6 February 2014, Riccardo Mutti conducted the Chicago Symphony Orchestra performing Morricone’s Voices from the Silence, a cantata Morricone composed in response to 9/11 to give voice to innocent victims. In Autumn 2014, Morricone participated in the recording of a documentary about himself by Giuseppe Tornatore, which is yet to be released.

His European tour resumed from February 2015 to March 2015, with 20 concerts in 12 countries, in Europe’s largest arenas, such as the O2 in London and the Ziggo Dome in Amsterdam. Playing to a total of 150,000 spectators and with most of the shows sold out, Maestro Morricone’s My Life in Music European Arena Tour was a resounding success.

On 12 June 2015, Morricone conducted a mass composed in dedication to Pope Francis. It was commissioned by the Jesuit Order to commemorate the 200 year anniversary of the recongregation of the Jesuit Order at the Jesuit Church in Rome.

2015 also saw Morricone collaborate with Quentin Tarantino on an original soundtrack for the very first time. On December 7th 2015, The Hateful Eight had its world premiere followed by a Golden Globe nomination in the Best Original Score category the very next day.

Giuseppe Tornatore’s The Correspondence, with an original soundtrack composition by Morricone, is being released on January 15th 2016. Show less 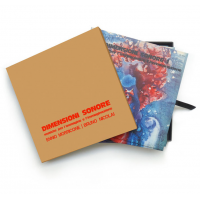 All About Jazz musician pages are maintained by musicians, publicists and trusted members like you. Interested? Tell us why you would like to improve the Ennio Morricone musician page.