Dannie Richmond was a drummer whose long association with Charles Mingus made him one of the leading percussionists in modern jazz. Richmond was one of jazz's most flexible and responsive drummers, able to supply anything from a gospel stomp to be-bop syncopation to articulate, propulsive free time.

Charles Daniel Richmond was born Dec. 15, 1931, in New York City and grew up in Greensboro, N.C. He began playing tenor saxophone in his teens and returned to New York to study at the Music Center Conservatory. He then began working with rhythm-and-blues groups, including the Clovers, but by 1956 he had quit rhythm-and-blues and begun teaching himself to play drums. At a jam session in the summer of 1956, he sat in with Mingus, and the bassist- composer soon began working with him steadily.

Mr. Richmond's drumming matured alongside Mingus's music, with its far-reaching fusion of modern jazz with blues and gospel roots. Although he performed and recorded with other musicians, among them Chet Baker, Jimmy Knepper and the Mark-Almond Band, he worked with Mingus groups until the bandleader's death in 1979.

Richmond played on the first album by Mingus Dynasty, a repertory group that plays Mingus compositions, then in ‘79 helped found the Adams-Pullen quartet. This latter group was led by two fellow Mingus alumni, George Adams on saxophone and Don Pullen on piano. 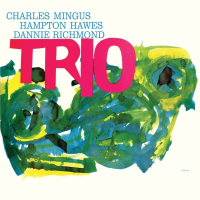 All About Jazz musician pages are maintained by musicians, publicists and trusted members like you. Interested? Tell us why you would like to improve the Dannie Richmond musician page.