Pianist and Composer Dahveed Behroozi is a San Francisco Bay Area based musician. His focus is in jazz, classical, and new music. He is an active player both as a leader and sideman in the Bay Area, nationally and also internationally.

His main focus in music is improvisation. Behroozi approaches improvisation as a form of musical composition. It is within the improvisation, that over time, compositions begin to appear, take shape, and ultimately form. He’s constantly striving to find new sounds and feelings in his work, and hopefully take the listener on a multi-sensory landscape, rather than just a sonic one.

Born in CA in 1981, the son of a classical guitarist, Behroozi quickly came into contact with the classical canon, and soon developed a strong interest in Jazz. By his teens, he became an active sideman in the San Francisco Bay Area, and would later go back east to study at the Manhattan School of Music, as well as Brooklyn College. It was during his time in NYC, where he was able to develop his sound and concept by playing and studying with some of the finest musicians.

Dahveed will be releasing his second full-length record Echos with bassist Thomas Morgan and drummer Billy Mintz on Sunnyside Records this coming June 2021. 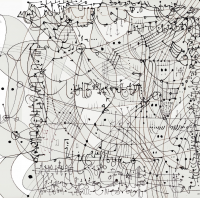 From: Mind Noise
By Dahveed Behroozi 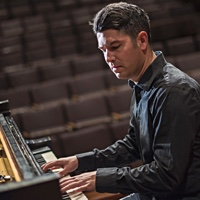 All About Jazz musician pages are maintained by musicians, publicists and trusted members like you. Interested? Tell us why you would like to improve the Dahveed Behroozi musician page.