Craig Yaremko is a dynamic performer on all saxophones, flutes and clarinets. “An artist who…has a powerful musical personality. (Whose) originals, which touch on the jazz tradition while also looking forward, are rife with musical adventures.” (Newark Star-Ledger) Craig’s diverse musical tastes have led to performances with world-class jazz, classical, rock and pop artists, establishing himself as one of the most exciting and versatile young artists on the New York-area music scene. Through this experience, he has developed an eclectic, yet distinctive approach as a composer, performer and educator, delivering inspired performances both onstage and in the classroom.

A native of Clifton, NJ, Craig received his M.A. in Music Education from Montclair State University and his B.F.A. in Jazz and Contemporary Music Performance from the New School University. During his years at the New School, Craig had the opportunity to study with many legends of jazz, including Jane Ira Bloom, Joanne Brackeen, Joe Chambers, Eddie Gomez, Barry Harris, Junior Mance, Cecil McBee, Ron McClure, Charles Tolliver, and Reggie Workman. He has also studied conducting with Dr. Thomas McCauley, Dr. Craig Kirchhoff and Dr. Mallory Thompson. During his formative years, his primary saxophone and woodwind teachers were Mark Friedman and Ken Hitchcock (who passed on the teachings of Joe Allard and Thomas Nyfenger).

Yaremko has led is own groups since 2001. His latest project, the Craig Yaremko Organ Trio, finds Craig continuing to push the limits of the tradition. His soon-to-be-released recording features organist Matt King, drummer Jonathon Peretz and guest guitarist Vic Juris, as they explore originals and contemporary arrangements of classics by Monk, Strayhorn and Fats Waller. This recording follows Craig’s 2007 critically acclaimed release, Sync, which was named one of the Top Ten CDs of year by Hot House magazine.

A firm believer in sustaining the art form and giving back to the next generation, Craig Yaremko is a dedicated educator. Craig is currently director of the instrumental music program at Holdrum Middle School, in River Vale, NJ, where he directs the Concert Band, 6th Grade Band, Jazz Band, and various chamber groups. He is also an Adjunct Professor at Montclair State University, where he teaches Woodwind Techniques. He was conductor of the 2012 NJ Region I Saxophone Ensemble, and has also given clinics throughout the New York Metropolitan area on jazz improvisation and woodwind performance. Show less

Craig is available for clinics and private instruction. He has had a private teaching studio in NJ since 1995, and is currently the woodwind instructor at Ramapo High School in Franklin Lakes, NJ. He is on faculty of the Encore Music Studio in Ridgewood, NJ, and coaches saxophone sections at area schools, including Ridgewood HS and West Orange HS. Craig has given clinics throughout the area on saxophone, flute, clarinet, woodwind doubling, and jazz improvisation. 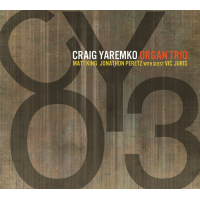 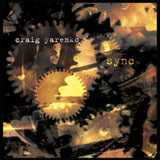 From: CYO3
By Craig Yaremko

All About Jazz musician pages are maintained by musicians, publicists and trusted members like you. Interested? Tell us why you would like to improve the Craig Yaremko musician page.