A native of Kansas, New Jersey Symphony French horn CHRIS KOMER began his studies at Wichita State University with Nick Smith. He later studied at the Cleveland Institute of Music with Rick Solis and at the Manhattan School of Music with David Jolly.

A New York City resident, Komer is at home playing all types of music in all types of settings, and he has become one of New York City’s most sought after freelance hornists. From the concert hall (in addition to the New Jersey Symphony, he has performed with the New York Philharmonic, Cleveland Orchestra, Orpheus Chamber Orchestra, Milwaukee Symphony and Houston Symphony) to the jazz club (he has performed with the Lincoln Center Jazz Orchestra, Chico O’Farrell Orchestra, Chuck Mangione, Marta Topferova and Gary Morgan’s Panamericana) to the recording studio (he has appeared in recordings for J. J. Johnson, McCoy Tyner, Harry Connick Jr., Natalie Cole, Tony Bennett, Barbra Streisand, Audra McDonald, Celine Dion, George Michael, Luther Van Dross, Chaka Kahn, 16 major motion picture soundtracks and hundreds of TV themes and commercials) to Broadway (How to Succeed in Business Without Really Trying, Candide, The Scarlet Pimpernel, The Music Man, La bohème, South Pacific and West Side Story), his versatility is second to none.

His hobbies include drum and bugle corps (he is a former member of the Blue Devils Drum and Bugle Corps in Concord, California), playing jazz piano, motorcycling, hiking and camping. He has founded a performing artists’ retreat in the Rocky Mountains called the Artist’s Refuge at Thunderhead.

In 2009, he released his first solo piano CD, “Travlin’ Music,” featuring all original music; he is working on a second album. 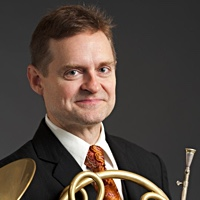 All About Jazz musician pages are maintained by musicians, publicists and trusted members like you. Interested? Tell us why you would like to improve the Chris Komer musician page.