Ben Patterson is one of the most easily recognizable trombonists and big band arrangers today. His fiery approach to the trombone, whether from the lead chair or solo mic, has excited listeners around the world for more than two decades.

From his early years in his hometown of Sapulpa, OK, Ben was drawn to sounds of all kinds. He had a drive to compose tunes by the age of eight. When he started trombone in 6th grade, he found his voice. Sapulpa’s excellent directors pushed him to improve and exposed him to great music. Ben continued his education at the University of North Texas, where he continued to develop his playing chops. While at UNT, Ben started a lifelong friendship with Alan Baylock, who encouraged and helped hone his composing and arranging chops.

For over twenty-two years, Ben was a member of the The Airmen of Note, where he rose to the positions of lead trombonist and music director. While with the “Note,” Ben performed hundreds of concerts and clinics all over the U.S. and abroad, recorded 16 albums (featuring many of his compositions and arrangements) worked with countless guests artists, and even entertained U.S. presidents. As the band’s musical director, Ben produced ten Jazz Heritage Series recordings with guests including such artists as Branford Marsalis, Randy Brecker, and Christian McBride. Ben also produced three stand-alone recordings for the Note, including “Veterans of Jazz,” “Air Power,” and “Global Reach,” which expanded the band’s repertoire with music from around the world.

In 2016, Ben launched the Ben Patterson Jazz Orchestra with its first recording, “Vital Frequencies featuring Chris Potter.” The band includes some of the Washington D.C. area’s top musicians and has performed at Blues Alley and for the Washington Performing Arts Society Gala. Ben also leads small groups of various formats. His latest quintet venture, “Push The Limits” will be available in 2021 on Origin Records.

In the Washington D.C. area, he has been a regular lead player and soloist with bands such as the Alan Baylock Jazz Orchestra, the Afro Bop Alliance Big Band, and The Joe McCarthy/Vince Norman Big Band. He was also a long-time member of the popular Latin group, Sin Miedo led by Didier Prossaird.

Ben’s furious technique and rhythmic diversity come from a strong personal belief that we should never limit ourselves to the ordinary or let others define for us what is possible. He is inspired by musical risk-takers and relishes a fearless approach to music.

Ben delights in sharing his love and enthusiasm for music with musicians of all ages and experience levels, building the connections that tie the musical community together, and helping the next generation of musicians fan the flames of their internal spark. In addition to performing countless clinics and master-classes for high schools, festivals, and the Jazz Education Network Conference, Ben has served as the jazz trombone adjunct faculty for The University of Maryland and the director of the W.T. Woodson High School Jazz Band. Show less 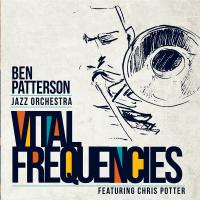 From: The Way of the Groove
By Ben Patterson

From: Push The Limits
By Ben Patterson 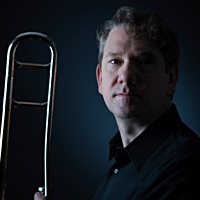 All About Jazz musician pages are maintained by musicians, publicists and trusted members like you. Interested? Tell us why you would like to improve the Ben Patterson musician page.