Born in 1991 in Versailles, France, Alexandre Delcourt is a young in-demand bass player based in the Philadelphia area . His long-time love and passion for jazz and many others genres of music has allowed him to develop his own voice on the double bass as well as on the electric bass.

Alexandre started studying bass when he was 14 years old but music has always sparked his curiosity. He fondly remembers receiving his first radio from his parents: “I couldn’t stop messing around with the bass boost button. I could feel the bass vibrations on the walls or in my body and it felt amazing.”

While in Paris, at the age of 18, he began to pursue a music degree in France. He studied at the American School of Modern Music under the direction of Peter Giron and Rick Margitza. At the time, Alex was also taking weekly Skype lessons with famous Philadelphia based bass player Steve Beskrone.

At the end of 2013, in order to expand his musical skills and get closer to the origins of American music, he moved to Philadelphia. He was fortunate enough to complete an exchange program and then continue on a full time student at the University of the Arts. “When I moved to Philadelphia, I felt that I found the epicenter of what I was looking for: the luxury of studying with my heroes and being surrounded by so many talented musicians each with their own unique sounds”.

During his time at the University of the Arts, Alex was selected to join the recognized University of the Arts Z Big Band. He perfomed at the 2017 Monterey Jazz Festival. Additionally, Alex has had the opportunity to share the stage with Kurt Rosenwinkel, Joey Di Francesco, Robin Eubanks, Steve Wilson and Adam Nussbaum among others. He has also studied with many musicians such as Micah Jones, Mike Boone, Chris Farr, Ben Wolfe, Tom Lawton, Madison Rast amongst many others. He also performs regularly in Philadelphia at Time Restaurant, Paris Wine Bar, The Rittenhouse Hotel, Baril, Heritage, Chris’ Jazz Café along with other places in and around Philadelphia. In the summer of 2016, he also started playing in New York City in different places such as Rockwood Music Hall and Tavern on The Green.

Alex graduated from the University of the Arts in May 2018 and received The Presidential Award and The Jazz Bass Award. He plans to continue in Philadelphia and the surrounding area playing the music he loves. ​​ 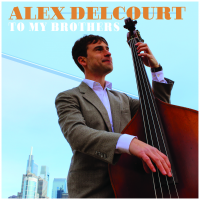 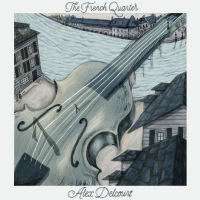 All About Jazz musician pages are maintained by musicians, publicists and trusted members like you. Interested? Tell us why you would like to improve the Alex Delcourt musician page.