Dr. Adrian Ruiz serves as the Director of Jazz Studies at the University of Texas at San Antonio. Courses taught at UTSA include: Jazz Ensemble, Jazz Combo, History and Styles of Jazz, and Private Jazz Improvisation.

In addition to his performance schedule, Dr. Ruiz has presented clinics at the Texas Music Educators Association (TMEA) and the Texas Bandmasters Association (TBA) Conventions. He has served as an adjudicator at band contests, jazz festivals, and has presented masterclasses at various school districts throughout San Antonio and Austin.

Adrian Ruiz Trumpet San Antonio
"Adrian Ruiz is an impressive trumpeter who makes his recording debut as a leader on 'Premiere'...In addition to being a fine showcase for the Adrian Ruiz Quintet, 'Premiere: A Collection Of Originals,' is a fun set of creative jazz that is easily recommended."

Scott Yanow, jazz journalist/historian and author of 11 books including The Great Jazz Guitarists, Jazz On Film and Jazz On Record 1917-76 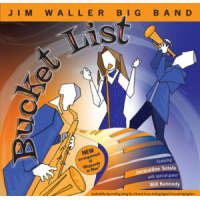 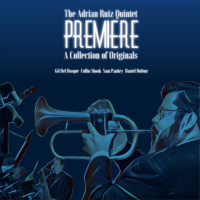 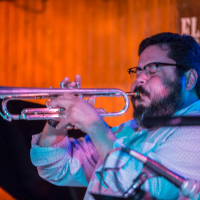 All About Jazz musician pages are maintained by musicians, publicists and trusted members like you. Interested? Tell us why you would like to improve the Adrian Ruiz musician page.