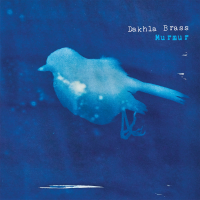 It never really went away, but during the late 2010s there has been a measurable upsurge of interest in brassy, post-marching-band jazz in Britain. A high-carat jewel on the London scene over the last few years has been tuba player Theon Cross and his band Fyah. Cross also brings his dextrous bass line magic to several other outfits including saxophonist Wayne Francis' Steam Down Orchestra, groups led by drummer Moses Boyd, of the ferocious semi-free duo Binker and Moses, and saxophonist and clarinetist Shabaka Hutchings' Sons of Kemet, whose Your Queen Is A Reptile (Impulse!, 2018) is itself a treasure of Koh-i-Noor proportions in the city's crown. Fyah debuted in 2015 with the EP Aspirations (Jazz Re:freshed), and is due to release its debut album in spring 2019 on the Gearbox label, home of Binker and Moses and an increasingly important platform for the new generation of London jazz musicians. Watch this space.

Meanwhile, 120 miles west of London in the city of Bristol, another brass-centric entity, Dakhla Brass, has also been making waves. The group winningly describe what it plays as "not exactly" music—not exactly jazz, not exactly brass band, not exactly Middle Eastern and not exactly Mardi Gras marching band, but a mélange of all that and more, including a shot of contemporary classical. Murmur is the band's fourth album and, with the addition of Nostalgia 77's Riaan Vosloo on double-bass, it is its first as a sextet. The disc maintains the Dakhla Brass' mix of in-the-moment improvisation and intricate through-arrangements, from the New Orleans-style funeral march which is "The Last Host" to the recurring flipsides of "Insomnia Somnia."

Without wishing to put Dakhla Brass down in any way—for Murmur is a thoroughly enjoyable album—it is hard to avoid the thought that the quintet missed a trick by taking on a double bassist rather than a tuba player. Maybe there isn't a suitable tuba player in Bristol. Maybe Vosloo's mastery of his own instrument was reason enough to recruit him. Maybe there is another explanation. Whatever. But Dakhla Brass? It is a name begging for a tuba to hold down the bass line.

Side A: One Wicker Wisp; Lotus; 5000 What?; Murmuration; Silver And Gold. Side B: Insomnia Somnia; The Last Host; Zenith And Nadir; Heartache And Loneliness; Quicksand.