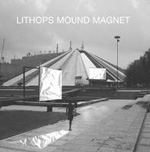 Jan St. Werner is a member of Mouse On Mars, a duo whose take on the field of electronica has always manifested an individualistic streak that seems to evade the grasp of a lot of the exponents in this field. The same can be said for this solo project, and what makes this music even more worthy of attention is the fact that St. Werner clearly has the presence of mind necessary to distinguish between that group's identity and his own.

In the most fundamental way, the nature of experimental music doesn't change, and indeed it might be said that its parameters are defined in a negative sense by what has attained a degree of mainstream acceptability. None of this, however, alters the fact that a great deal of the music on this recording is anything but forbidding. The human traits that pulse through "Cephalopod" and "Stratografic" are symptomatic, perhaps, of what happens in the interface between humanity and technology when the former has in mind abuse only of the most constructive variety. The net effect is music that makes the ears prick up, and not simply at the sound of creativity in action, though that is also a satisfying end in itself.

If anything, "Stakes Barrier" takes this one stage further in the sense that "the beat" has a level of primacy and importance that subverts the moods established elsewhere. In its tacit avoidance of the one-dimensional, this music flaunts its facets on several levels.

It's also music that also defies determinism. St. Werner utilises technology in the service of profoundly human ends, and the results are both a law unto themselves and a link with a continuum embracing both Kraftwerk and Morton Subotnick. A younger musician than both, St. Werner has understandably fashioned for himself an approach of his own—in the way that all of the most worthwhile musicians take on board and then sublimate their influences.