By BOB KENSELAAR
December 23, 2013
Sign in to view read count 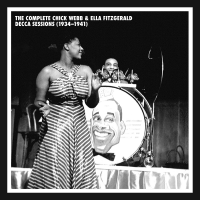 Mosaic's most recent releases are in keeping with the traditions the label has established over the last three decades and, like all the others, have been in the works for years. With Chick Webb & Ella Fitzgerald: Decca Sessions, 1934-41, work on the recordings was done two years ago and the booklet was completed about a year and a half ago, but Cuscuna points out "the rights clearances from the major labels took forever, because there's nobody left working there. There have been so many cutbacks. There's nobody left in business affairs or licensing to officially do the work. Where we used to go to Universal or Sony and get four or five sets cleared a year, we're lucky if we get one a year now." Cuscuna had been wanting to do the Chick Webb and Ella Fitzgerald set for some time. "Part of the problem was that Ella Fitzgerald is so prominent, and her name is still seen as big in back catalog sales, but I think we finally convinced them that Ella Fitzgerald in the context of Chick Webb is totally different than Ella Fitzgerald from her days on Norman Granz's labels."

Mosaic's other recent release is from a contrasting era that veers into the avant-garde, The Complete Clifford Jordan Strata-East Sessions. "It's a body of work with a convoluted history that has been a major fascination of mine since the late '60s. Clifford Jordan started a label called Frontier Records in 1968 with a guy named Harvey Brown, who had Frontier Press, which was kind of a cutting-edge New York publisher like Grove Press. Clifford made a bunch of sessions in '68 and '69, and there were a couple of news stories about them, but then not a word. Later, when Charles Tolliver and Stanley Cowell started Strata-East, some of these Clifford Jordan sessions we had read about started surfacing on their label. What really struck me as weird was that he put out an album of his own material with musicians like Kenny Dorham on one side"—decidedly members of the hard bop school—"and on the other side he had Don Cherry"—widely associated with the avant-garde. "It was like these different worlds meeting. I'd known Clifford at the time, and I never associated him with the Ornette Coleman orbit of people or the avant-garde in any way. Eric Dolphy was the one exception; they worked together with Max Roach and Charles Mingus. Clifford put out a Cecil Payne album, which was very traditional with Kenny Dorham and Wynton Kelly, and then followed that with Charles Brackeen, who was JoAnne Brackeen's husband at the time and played tenor in a kind of Ornette-ish kind of way, with a band that was all Ornette people, like Don Cherry, Charlie Haden, and Ed Blackwell." 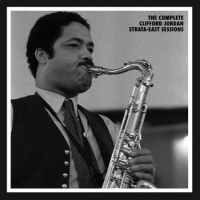 Cuscuna found the cast of musicians surprising. "I thought, this is so unusual. If I had handed Clifford a pile of money and said record whoever you want to, these were not the people I would have guessed at all. So it always fascinated me. Soon thereafter he came out with a Pharoah Sanders record, which was actually recorded just a few weeks before Karma but never came out at the time. And then he ended the series with what I think is one of his masterpieces, High-Speed Games, which was newly recorded in 1973. I still think it's one of his finest moments."

There are other especially notable finds in the Jordan Strata East material, including unissued sessions led by two legendary jazz figures, bassist Wilbur Ware of Chicago and drummer Ed Blackwell from New Orleans, both with personnel that mixed in traditional contemporary jazz musicians with avant-gardists. "It's all a very nice cross section of what was happening in New York in '68 and '69, where mainstream hard bop and the avant-garde were meeting and people were trying different things in different ways, percussion ensembles and other stuff. It was a real faithful statement of what was happening if you stood in the middle of Manhattan in 1968." 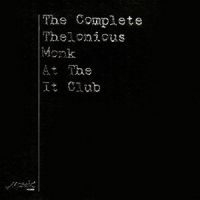 In addition to the major limited edition CD box sets, Mosaic is continuing to put out vinyl in sets of three or four LPs in the Mosaic Singles series, such as The Complete Thelonious Monk at the It Club, The Clifford Brown & Max Roach Emarcy Albums, and Ella & Duke at the Cote D'Azur. For the most part, though, Cuscuna envisions Mosaic as focusing primarily on the major multi-disc box set CDs for the foreseeable future. He doesn't see moving into mp3 downloads or streaming listening services, for two reasons. "One is the fiscal-legal reality that the parent labels will license us the rights to put out LPs and CDs, but they won't give us digital rights, because it's too easy for them to make that material available themselves that way. The second reason ties to packaging. There's been a lot of talk in the download field about offering PDF downloads of CD cover art, credits, and liner notes, but with Mosaic stuff, we go so much deeper, with 30-page 11-by-11-inch booklets, dense with photographs and discographies. What we do doesn't really fly in the download world, at least not yet."

It's hard for Cuscuna to be open about Mosaic's upcoming releases. "We have a bunch, but, as I mentioned, business affairs and licensing at the record companies moves so slowly that I can only talk about the ones that have been fully cleared. One that we're going to do early next year a Louis Armstrong live set—Louis and the All Stars, with Earl Hines, Jack Teagarden, Edmond Hall, Barney Bigard, and Bobby Hackett. It's the late 1940s into the late '50s, all the live stuff that RCA Victor and Columbia recorded. There's a bit of repetition of material in terms of songs, but all of the performances are exceptional, and a lot of them were only issued in small bits, with two or three tracks recorded in Boston, two or three tracks from Brussels, and two or three tracks from Rome, all slapped together into one LP. The full performances have never been issued. I love this stuff. It was recorded by George Avakian, and George helped research this stuff for us. They're just magnificent concerts. That's the next one that we have absolutely fully cleared. Everything else is on the edge of being cleared, so I don't want to talk about them until I really get a green light. There are a lot of things in the hopper."

While Cuscuna has combed through the vaults of nearly every major jazz record company and put out much of the best material he's found, he doesn't see any end to his work at Mosaic. "It's amazing after 30 years. Fifteen years after we started, people were saying, 'aren't you going to run out of stuff to do?' At the time, I was a little worried about that myself. But five years later, there was more still more stuff to do and it's just the same now. There's still so much 20th-century recording ready to be mined and treated with kid gloves and scholarly research and with better sound transfers. As long as there's a public that's interested in hearing it, it seems endless to me."